Heather and I did a long walk this evening on A1A. Got a bit of a late start, and it was dark when we got back to our car. Not much to see this evening, but it was a great walk. If you didn't choose to GOYB, here is what you missed. Click photos to embiggen: 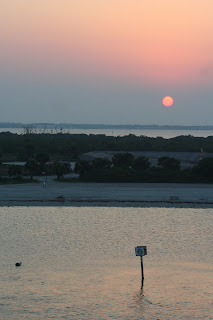 A beautiful moonrise. I know my planets! 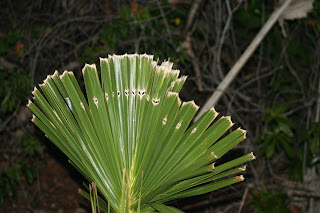 Something ate this palm into a cool pattern.


We don't always do 5 miles, send me mail if you want to join us for a shorter walk, or even a longer one!
Posted by deederange at 12:53 PM No comments: Links to this post

2 little boys are walking down the street and they find a $5.00 bill. They are trying to figure out what to do with it when one of the screams, "I know!" and he runs in to a pharmacy, and says to the woman behind the counter, "I want to buy a box of tampons!" The clerk looks at him and says, "Why on earth do you want those?" And the little boy says, "Well, on the commercial, it says if you buy them you can go hiking, and swimming and horseback riding and biking..."

This weekend, to celebrate my birthday and our 6th wedding anniversary, I went down to the everglades where David is working and we went kayaking, hiking, biking, and also did some birding by car.  We used David's camera for most of the kayaking pictures, will post those later. But here is the rest of the weekend. Click photos to embiggen: 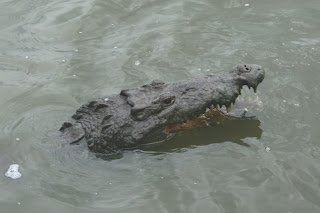 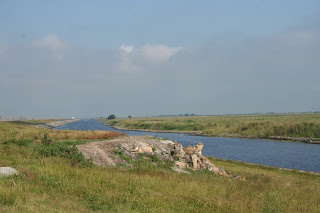 We went biking on the berm beside the canal on Lake Ockechobee. It was a really pretty area. 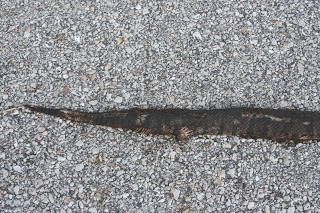 We came across a very large dead cottonmouth. The thing that I thought was cool was that he was pretty recently killed, but the ants had already started cleaning him. If you enlarge the picture, you can actually see his bones. They look quite a bit like fish bones, which I thought was kind of neat. 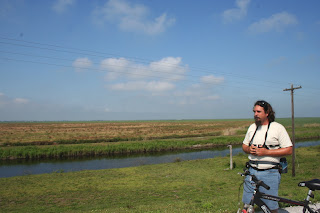 HFC David, when we stopped for water. 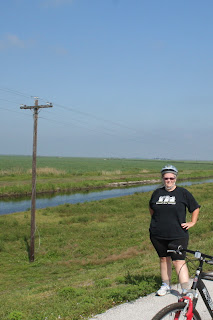 Yours truly. If you look very closely, on the telephone pole, there is a really pretty red bellied woodpecker. Or, you can just scroll to the next picture. 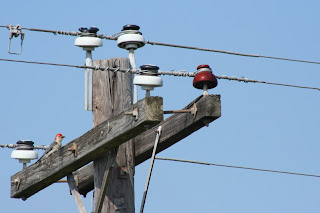 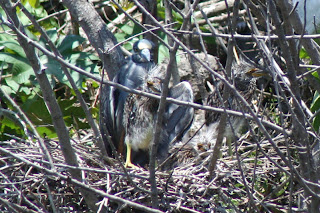 After the bike ride, David drove me around to show me the places he is working. One very cool spot was a rookery. The is a yellow-crowned night heron and her babies. 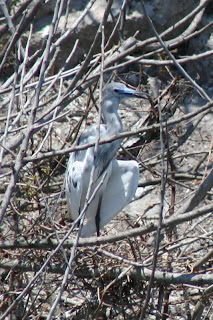 This is a baby little blue egret. He is folding his wings in that weird way that adult great blues do. Neither David nor I have ever seen a baby bird do this before. 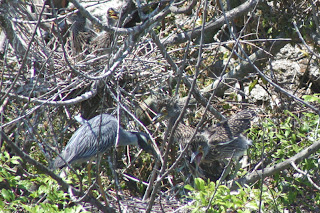 This is another family of yellow crowned night herons. The baby is hollering at the mom. 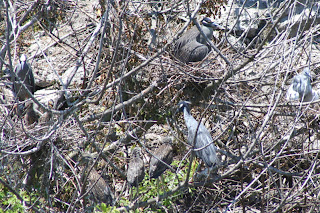 My favorite thing about the rookery was that the longer I looked, the more babies I saw. Enlarge this picture and try to count all the babies! 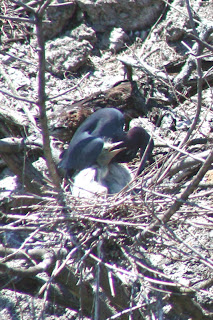 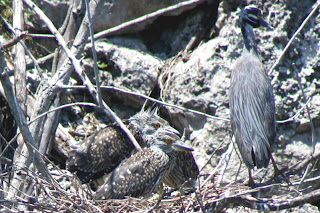 Another shot of a night heron with babies. It amazed me how well camouflaged they were.

Take a look at the schedule, our regularly scheduled long walks will resume this Wednesday, and we will be doing something on the weekend, haven't decided what yet, but am open to suggestions!
Posted by deederange at 9:14 PM No comments: Links to this post