So, last night, I decided at the last minute to do county park instead of Hardee as I thought the mosquitos might not be as bad (which mercifully there were not.) Unfortunately, I forgot to update the site with the change,  my sincere apologies for those who showed up at Hardee.

The cool thing about GOYB is that even on inland walks in the county park, there are still very cool things to see if you look for them. Cases in point: 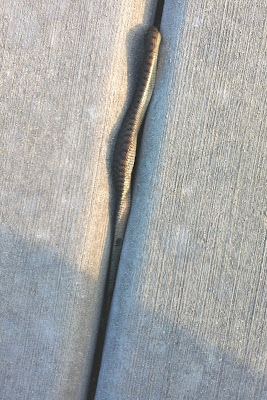 This was weird. This snake (probably a young racer or maybe rat snake) had wedged himself in the crack in the sidewalk. Very weird. I don't know if he was alive or not, but wasn't feeling confident enough to get close to find out. 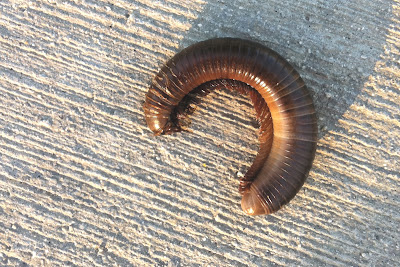 There were  a ton of millipedes on the side walk, maybe trying to escape of all of the rain.

Don't forget the walk at Riverside in Vero tonight (Thursday at 8:00 p.m.) and the SOS walk this week, meet at the Jungle Trail lot at 8:30 a.m. Sunday.  You can only experience nature if you get out into it!
Posted by deederange at 7:17 PM No comments: Links to this post

I did a solo SOS (Six on Sunday) walk today. I love walking with other people, but today was kind of nice too, I downloaded a ton of new music lately, and finally had the chance to listen to it on my 6+ mile trek. The mosquitoes were very very bad at the Jungle Trail parking area, and I of course forgot my bug spray, but once I got out on the water, there was a nice breeze, no bugs and it was a pretty great day. If you chose not to GOYB today, here's what you missed: 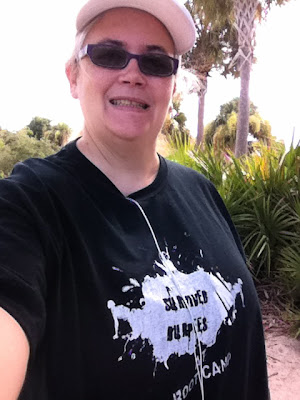 I wore my official "I Survived Boot Camp" t-shirt today.  They assign nick names to everyone at boot camp, and I was soooo afraid that I would accidentally fart while doing sit-ups and be forever after known as "GASSY" or worse. The back of my shirt said, "DAILY D" (cause I go to the gym every day.) I thought that was not only clever and cool, but a massive relief:-)

By the way, these shirts were designed and made by  a woman in our class who has her own design business. (If anyone reading this knows the name of Amber's business, please reply, I'd be happy to give her a plug as I love the shirt!) 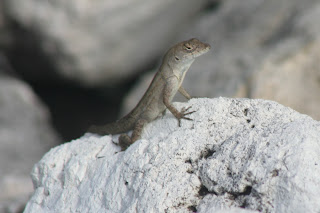 I saw lots of little baby lizards today. As I went on, I think I discovered why (keep reading)... 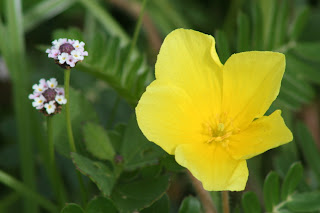 Lots of flowers out today. 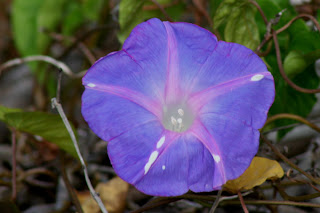 I thought this railroad vine flower was particularly spectacular. 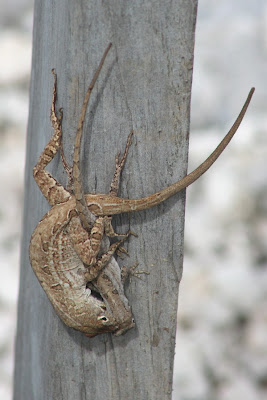 This could possibly be why there are lots of baby lizards around... I love how he is whispering sweet nothings in her ear. 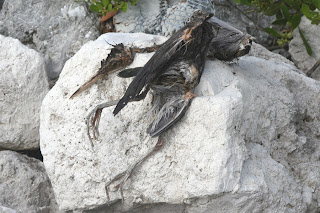 As I've said before, the bad part of walking on A1A is that there seem to be a lot more dead critters. This is a green heron that I think got hit by a car. It didn't appear to be predated as there was too much left of him. 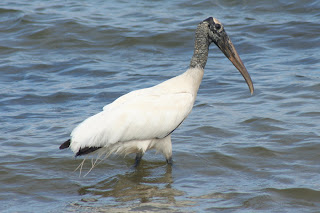 This is one of my favorite birds, the wood stork. This is the first bird I identified on my own in Florida. 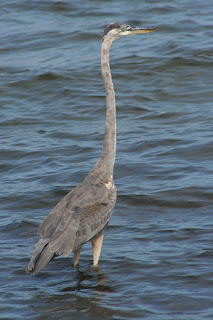 We always see great blues out here, but I thought this one looked particularly magestic. 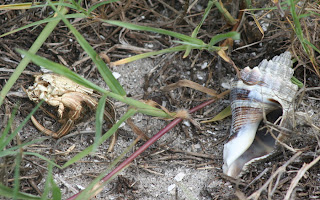 Here is something  I've never seen before - a hermit crab outside his house. I was told that they really can't survive too long outside, and he appears to have either died of natural causes or was killed by something when he left his house (presumably the shell shown here). 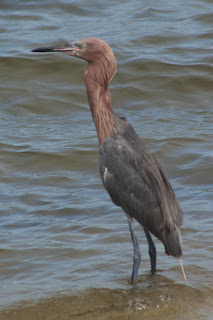 This is another relative rarity, a reddish egret. I haven't seen any around in a while. 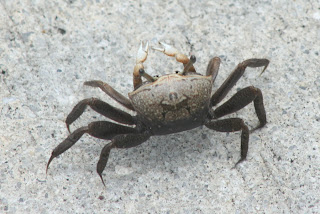 I think this is a female fiddler crab. If it were a male, he would have one really big claw.
Remember, you might see stuff like this on the internet or on TV, but you will never really experience it until you GOYB!  Join us this week for some weekday walks, possibly at Hardee Park in Sebastian or Riverside Park in Vero, details TBD.
Posted by deederange at 7:56 PM No comments: Links to this post