So, I heard a rumor that there was a Black Hawk at the Viera Wetlands today. I went out to investigate. I didn't see any sign of a black hawk, but I did see tons of other cool stuff. If you didn't GOYB and join me, here's what you missed: 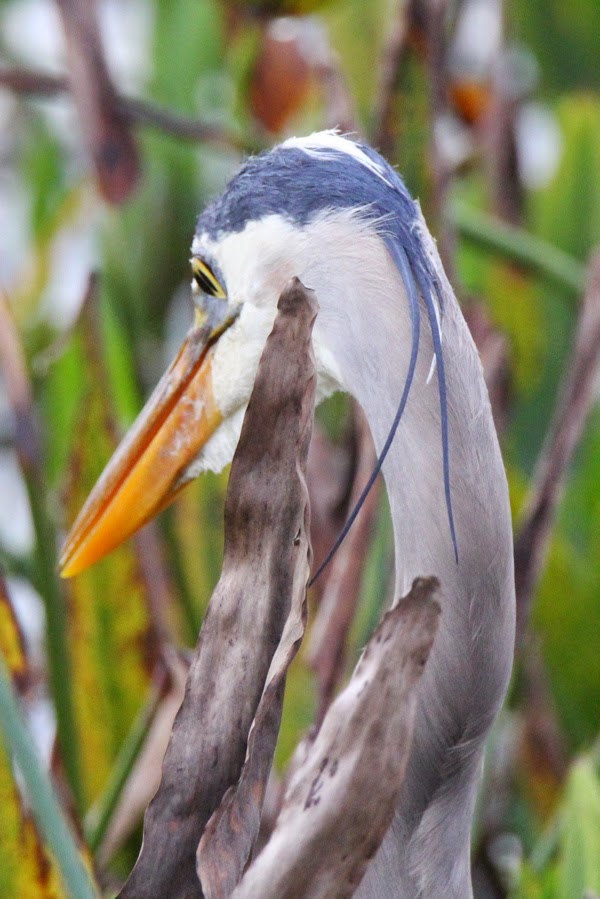 This was weird. I was just trying to get a close up, but when I downloaded it, his eye was all weird. I took a few shots, and it looked like this in all of them. It looks like the eyes of someone in a cartoon after they have take mescaline. 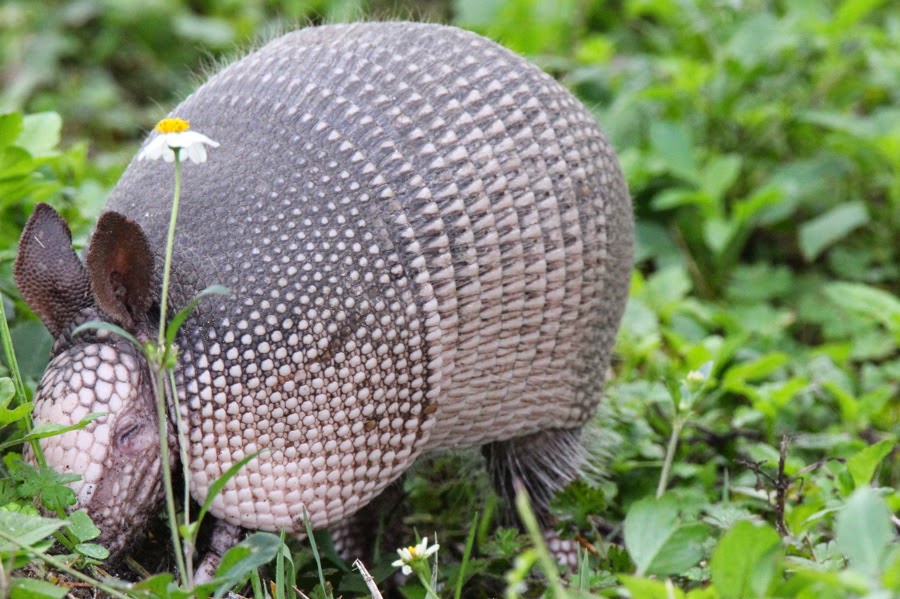 There is a story here... I would bet that this armadillo's name is Betsy and she likes flowers. 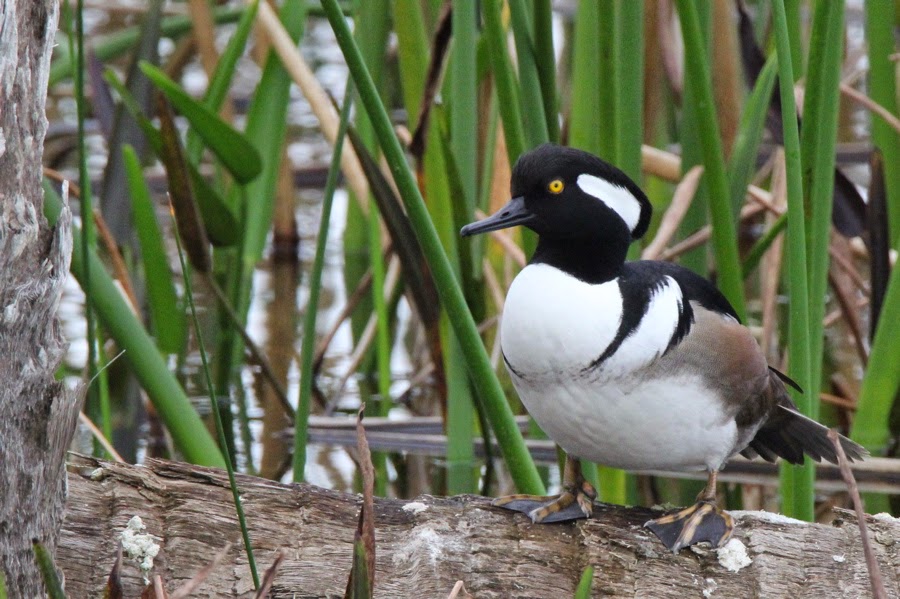 Check out is feet! It's weird, they look like a combination of gallinule feet mixed with duckie feet. 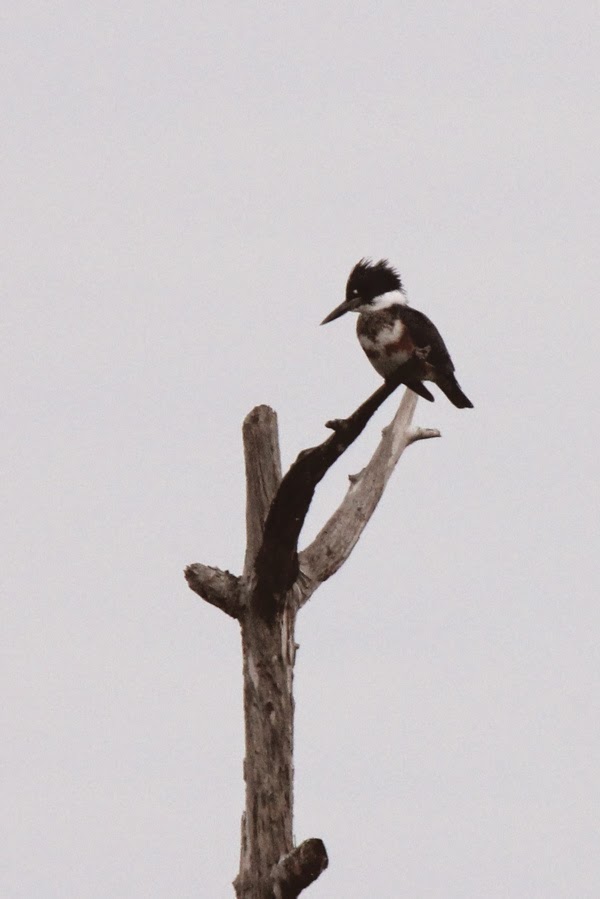 My nemesis bird. I don't think I will ever get a decent photo of a Kingfisher. 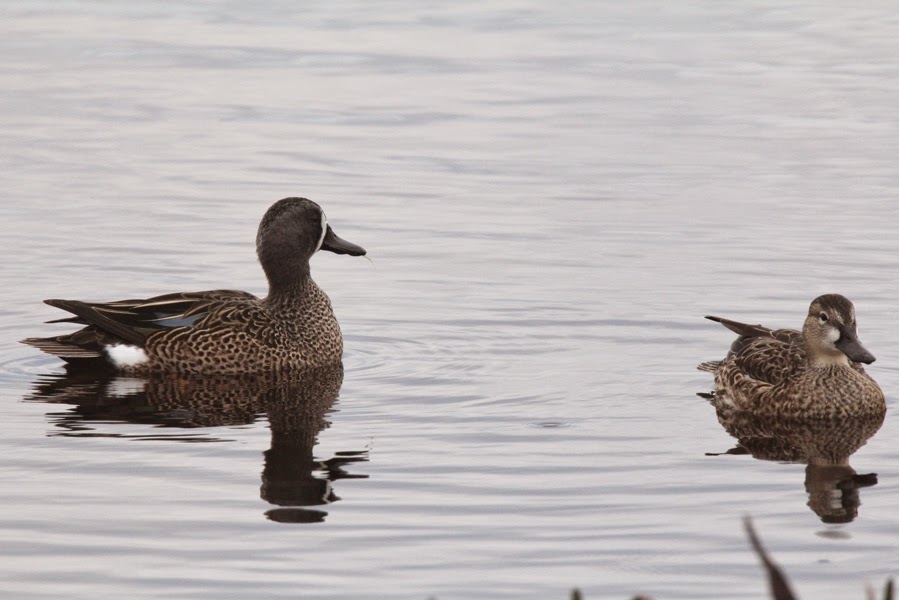 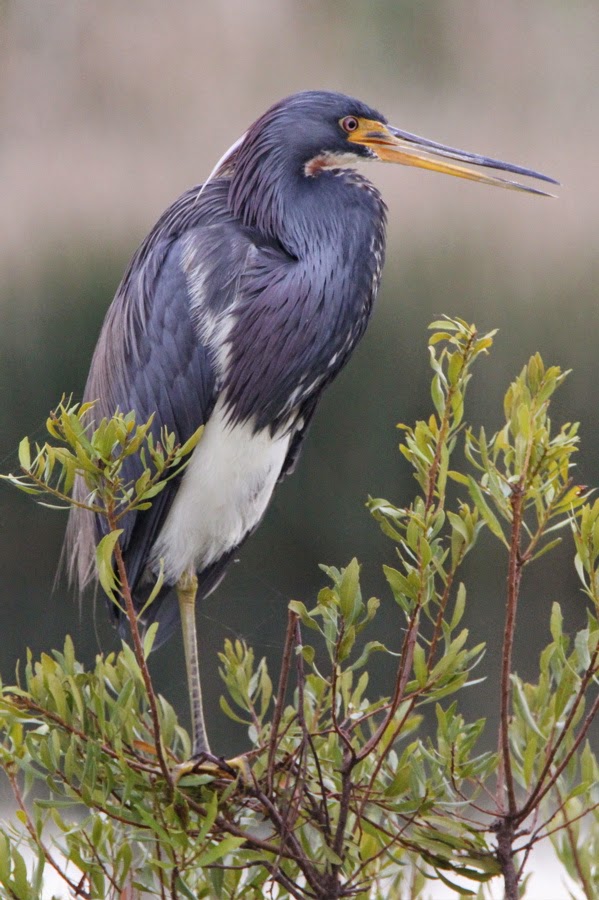 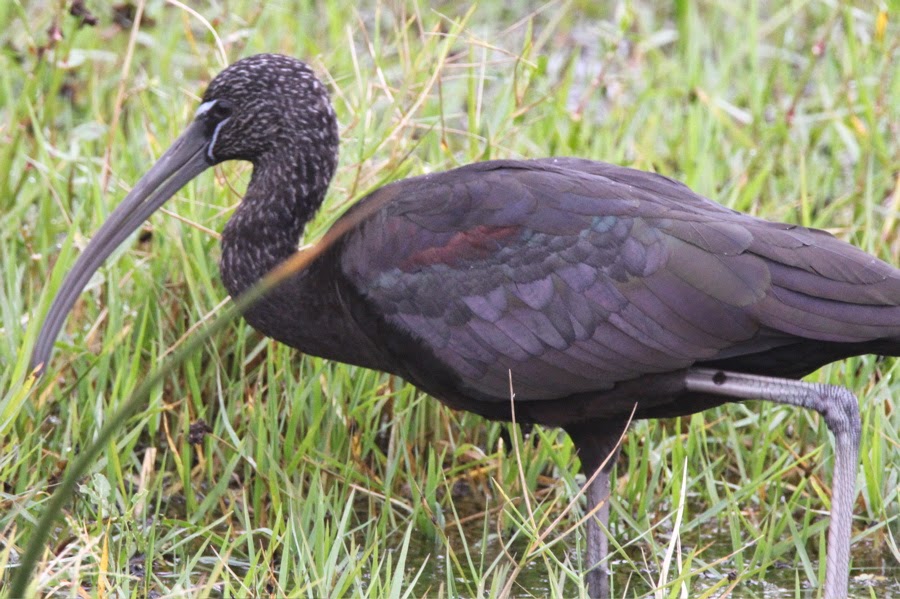 This is not a white faced ibis, it's a glossy ibis coming into breeding plumage. Otherwise it would have been 296. 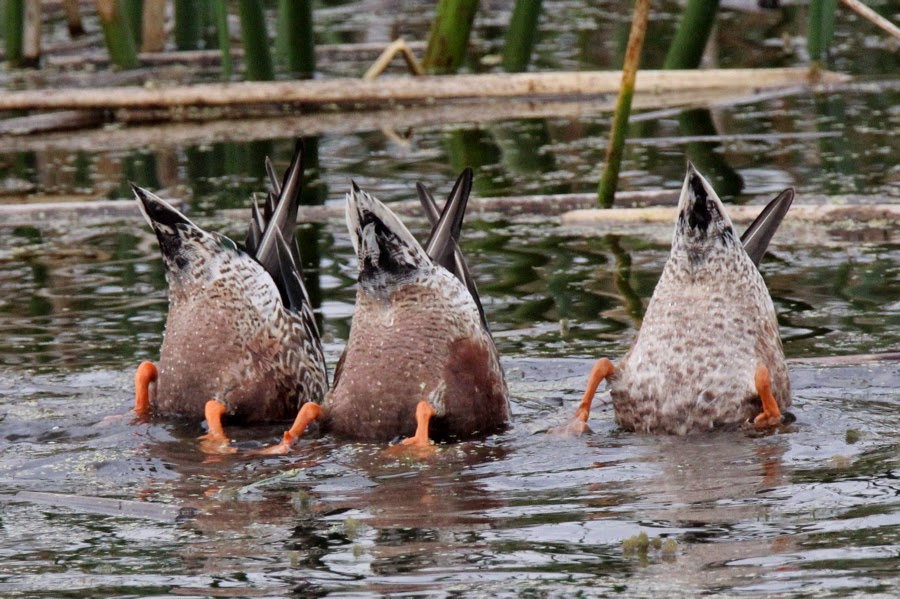 I think they were tired of me taking their picture, they mooned me en mass. 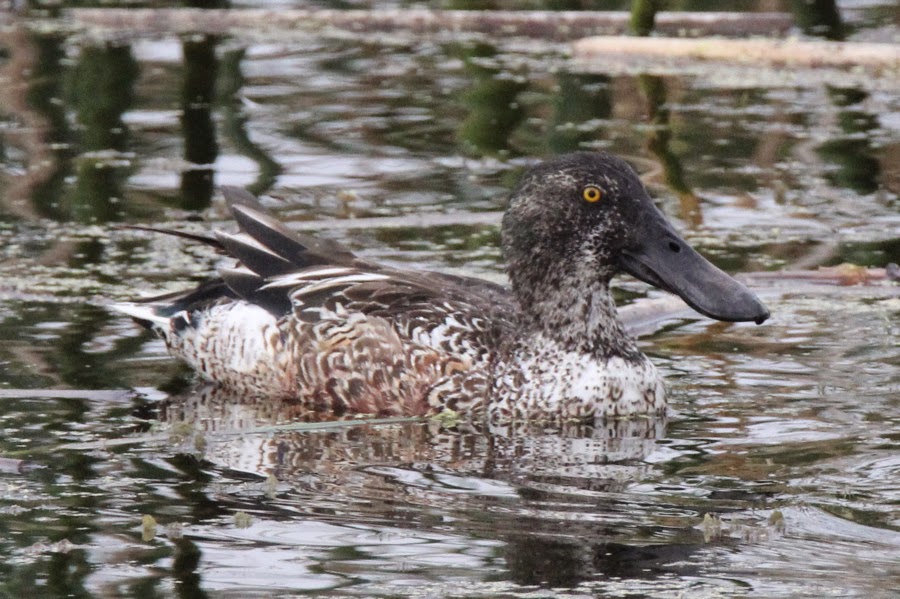 A Shoveller. Such a cool bird. 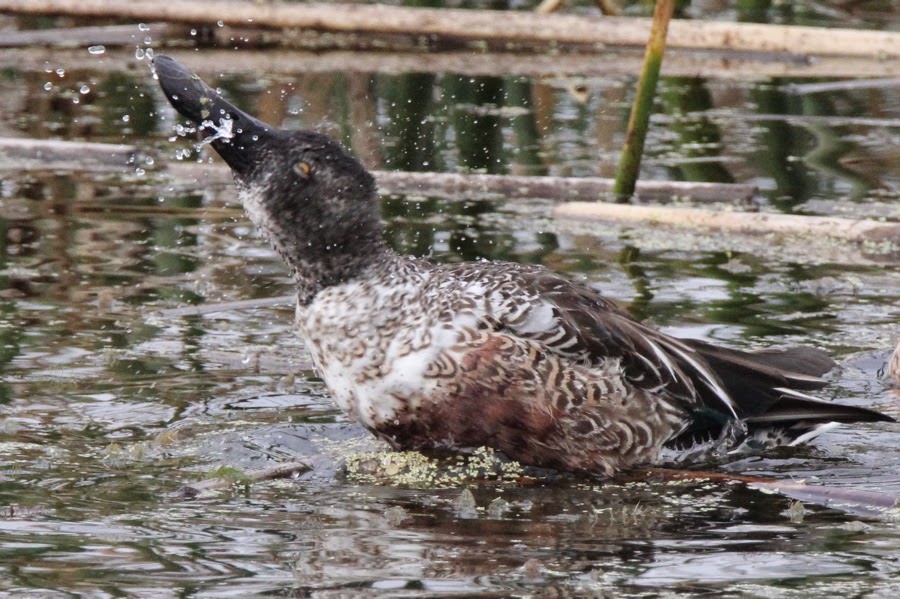 I love his exuberance! 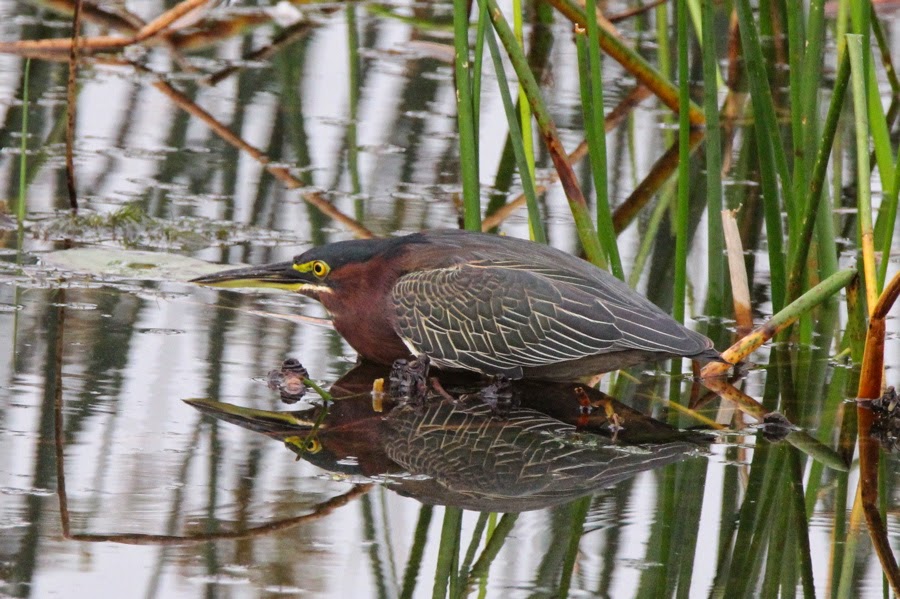 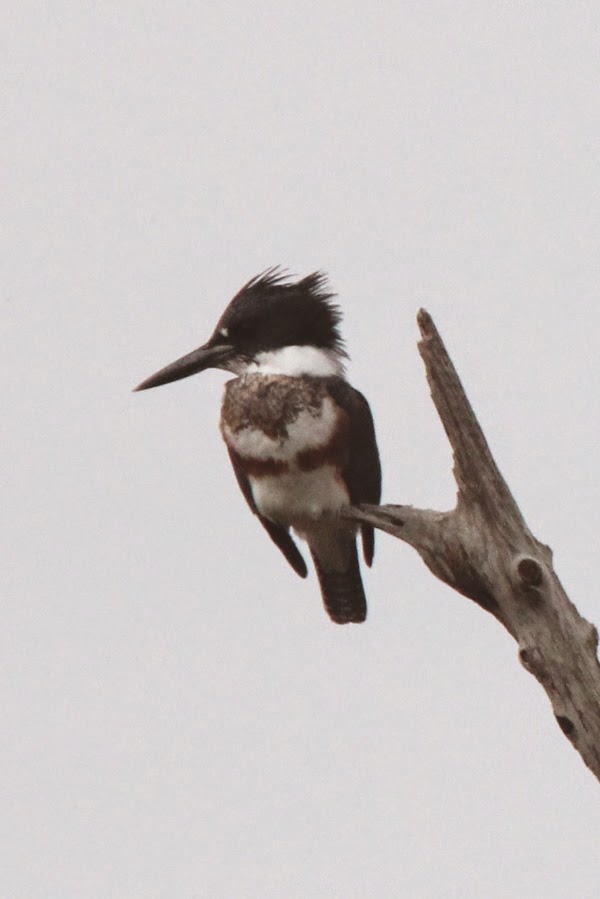 Better, but still not a great Belted Kingfisher shot. 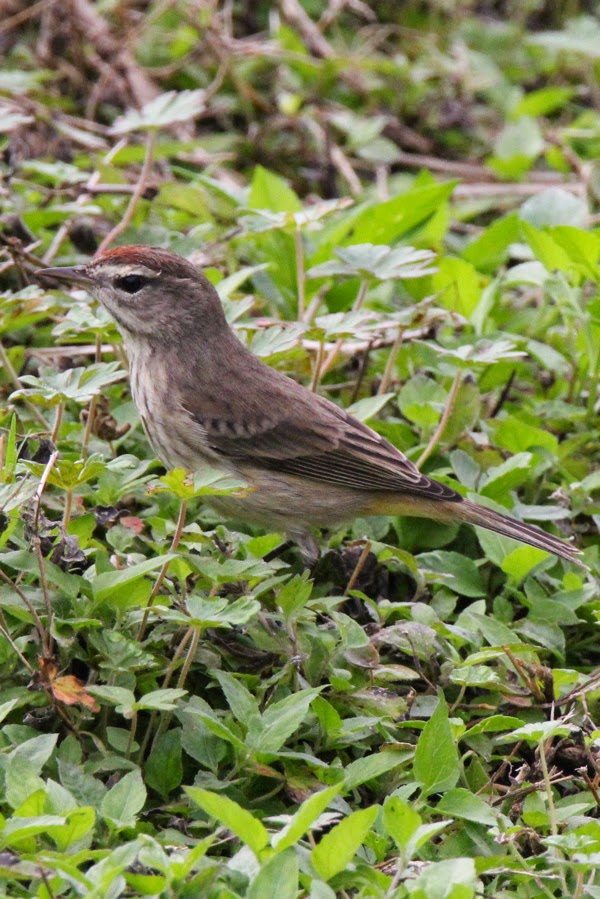 A butter butt, aka, Yellow-rump Warbler. 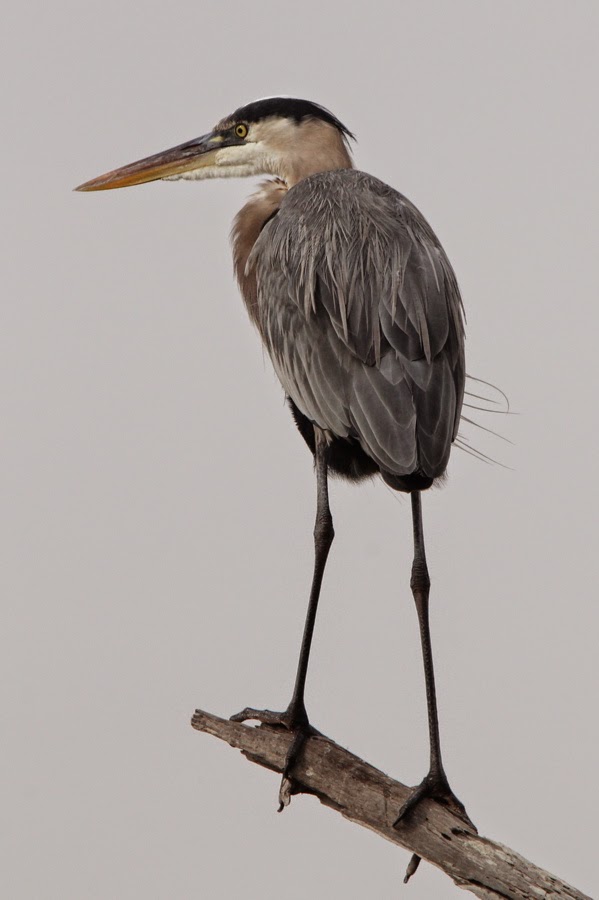 I love this picture. He could use this as his high school year book picture. 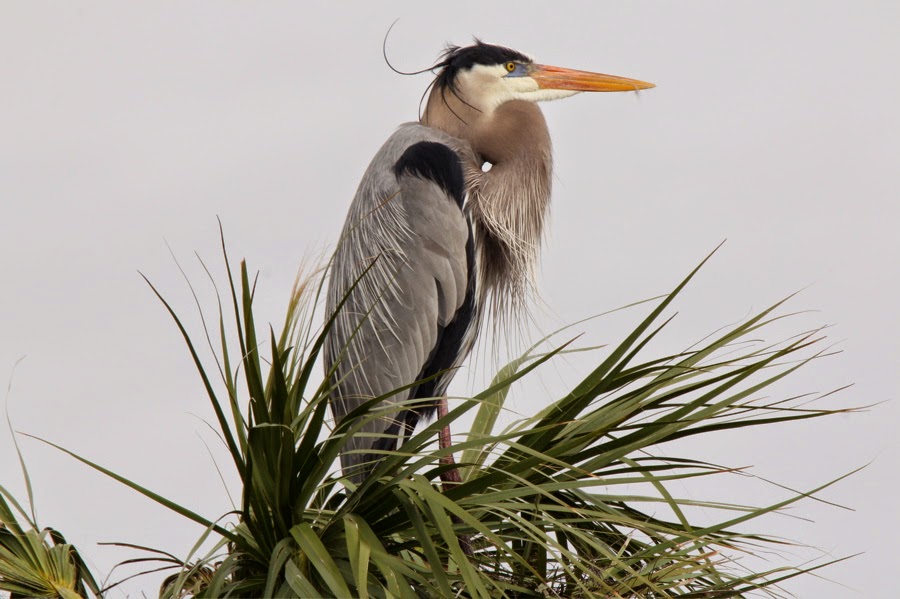 I like the one lone curl, he looks kind of emo. 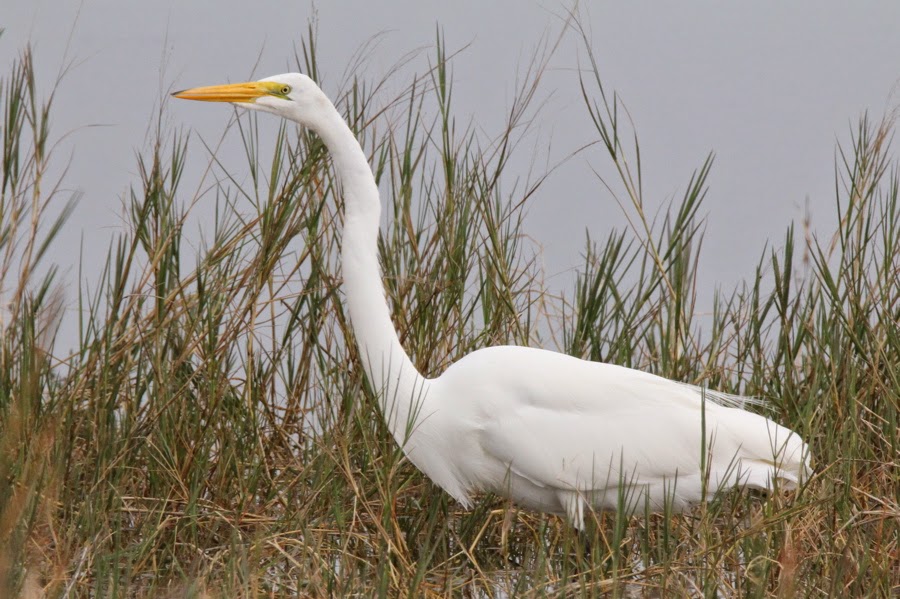 Great Egret. I think the key to getting a good photo of these guys is to take it on a cloudy day so they contrast more. 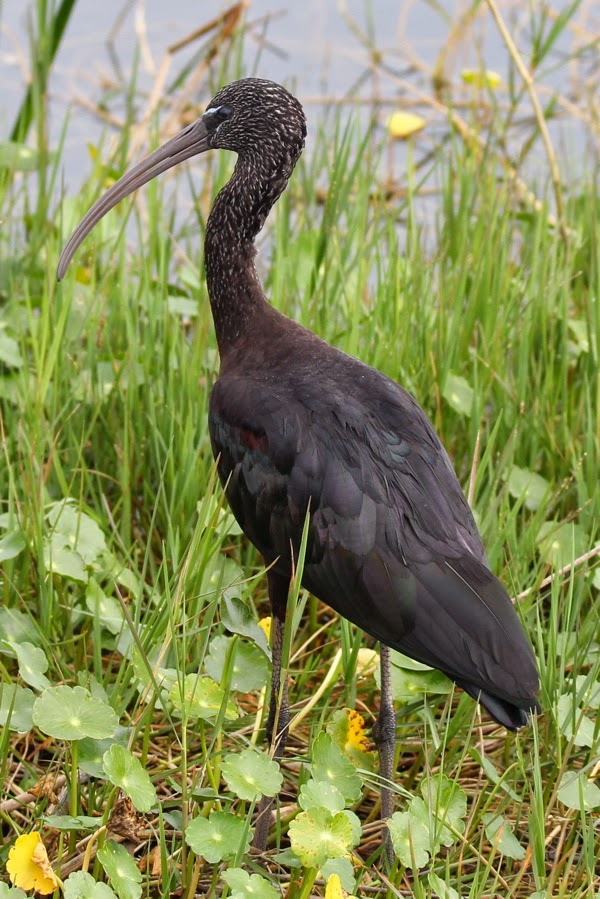 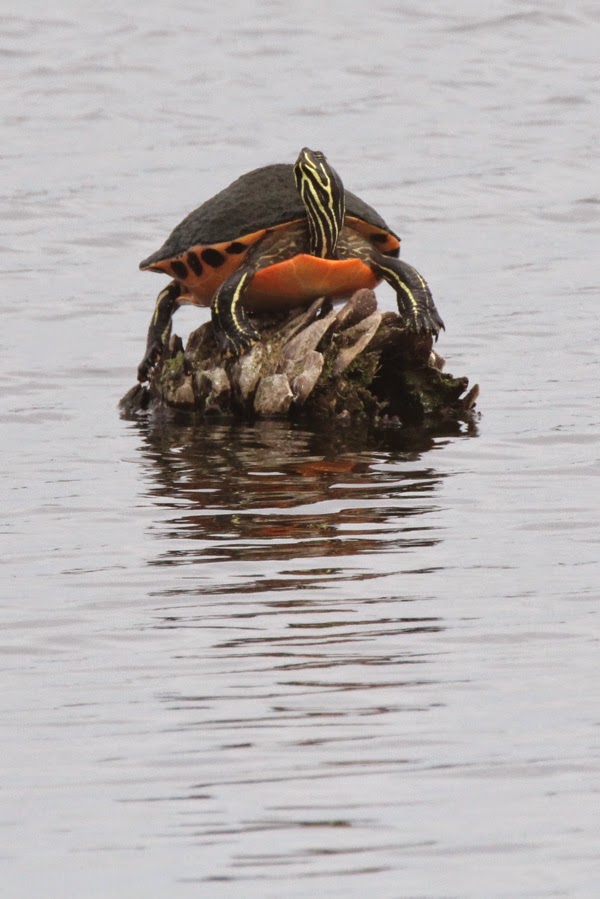 I think this is a Red-bellied Slider. 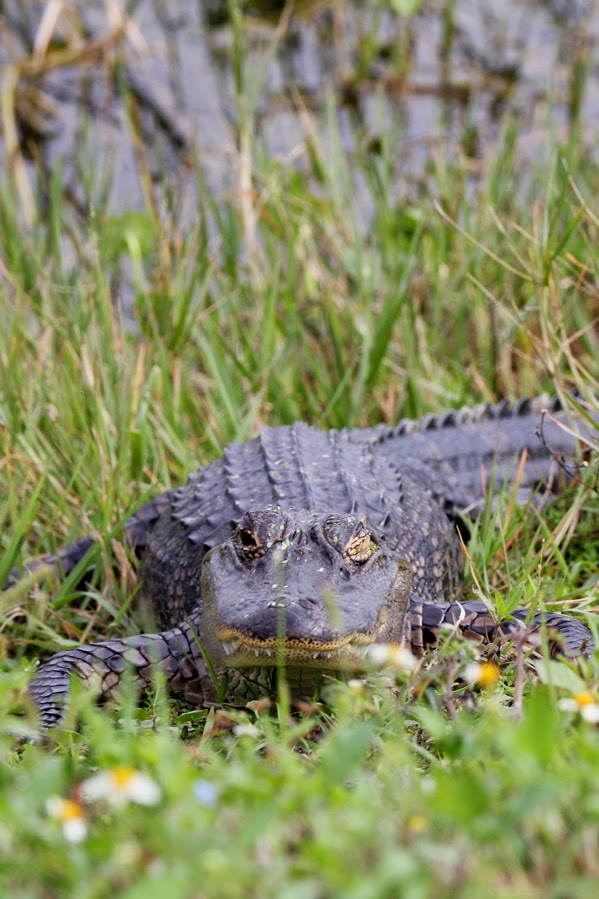 This little guy and his mom were so close to my car I couldn't get them both in the picture. Look at his lips, how they have these little red spots... 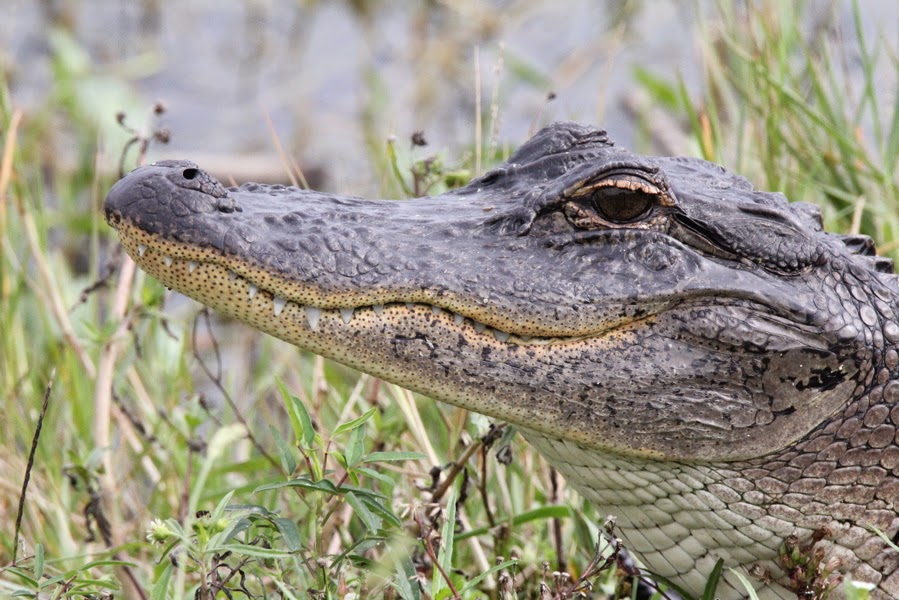 This is his mom, notice how she has the red spots on her lips too. Eww, I just realized, maybe they are  blood spatters from an annoying photographer! 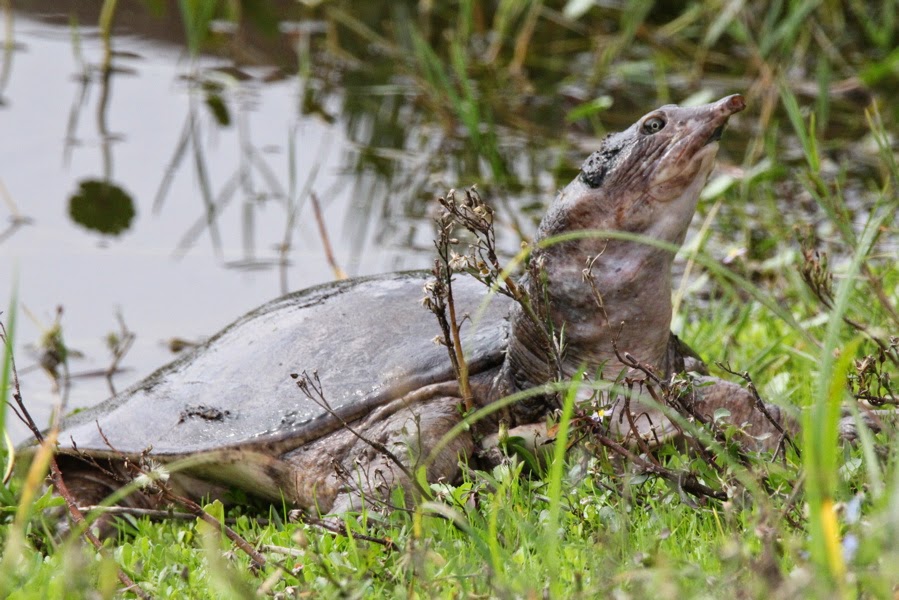 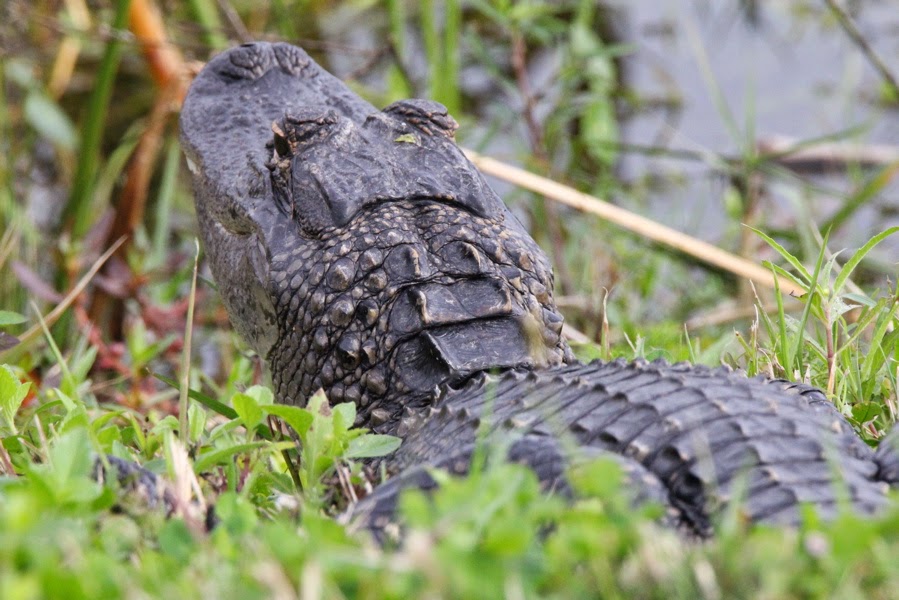 Another gator. Around lunchtime as it got warmer, they all came out . 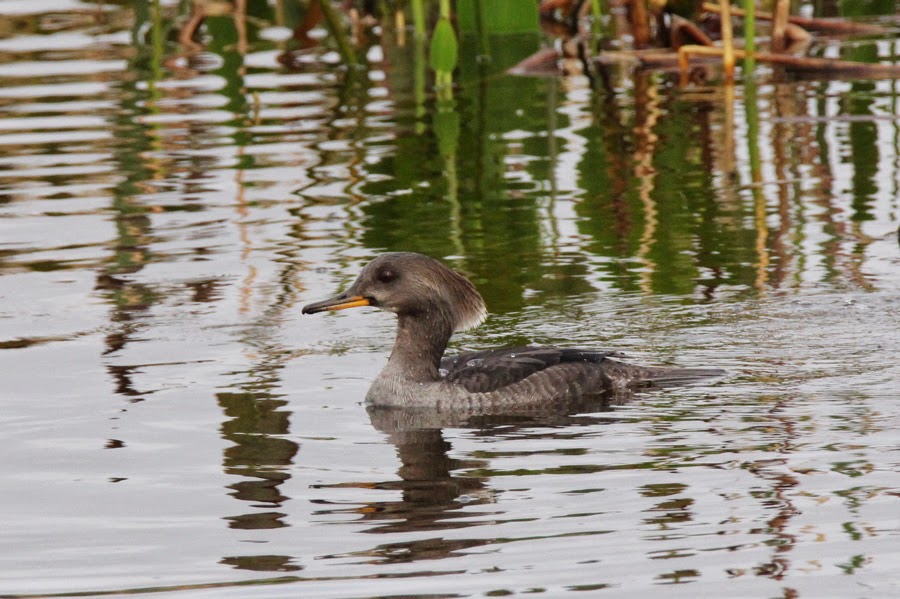 This picture just struck me as adorable if I do say so myself. 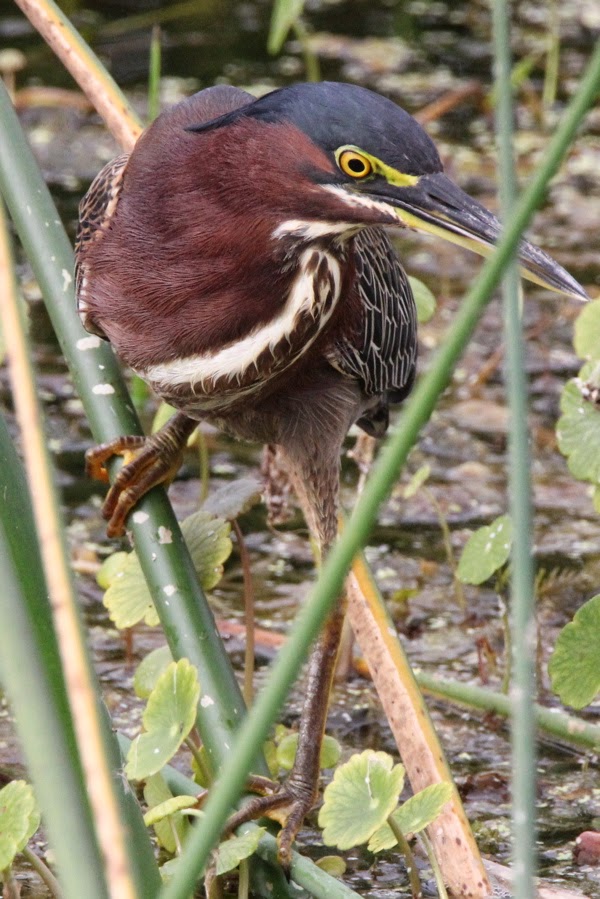 I love to color of Green Herons, even though they aren't green. This would be a perfect picture if that reed wasn't there. 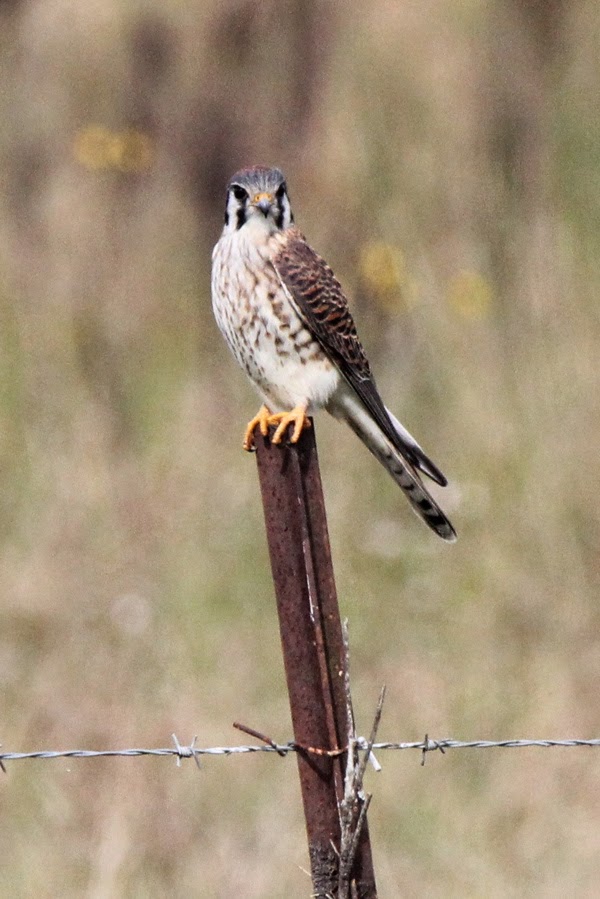 I looked for the hawk down 4 Mile Road. Didn't find it, but this Kestrel came out to say hi to me.

It was another awesome day out there! We are getting into breeding season, so it will only get better. Make sure you GOYB join me for a future walk!

Posted by deederange at 10:56 AM No comments: Links to this post

I was having an allergy attack and wasn't in the mood to stay and take pictures today, but there was something wierd going on, and I wanted to get at least a few pictures. Through the binoculars, I thought maybe it was a mama and baby, but after I took the picture and blew it up, I think not: 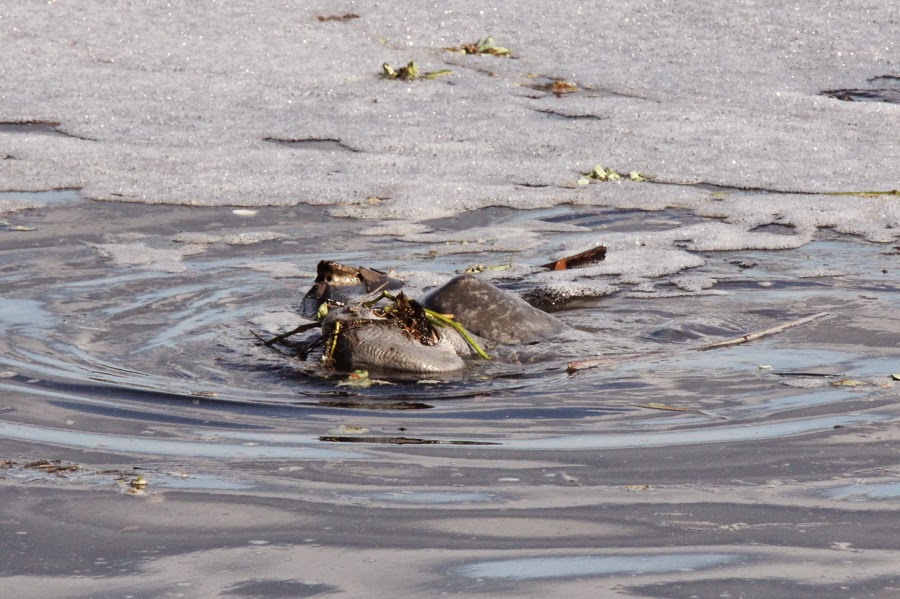 This was a manatee nomming on some grass that had come over the spillway. 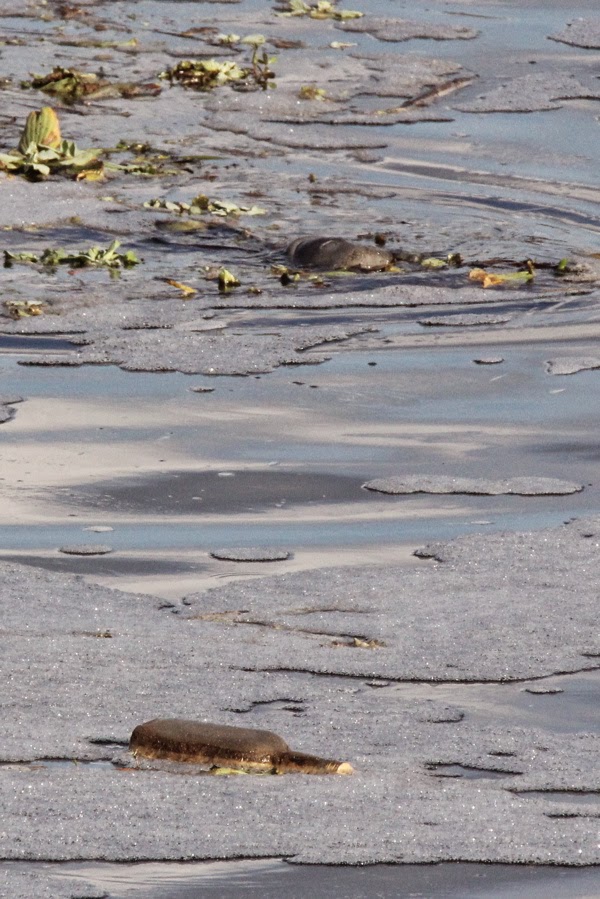 This was a manatee feeding near trash floating in the water. That makes me so furious. 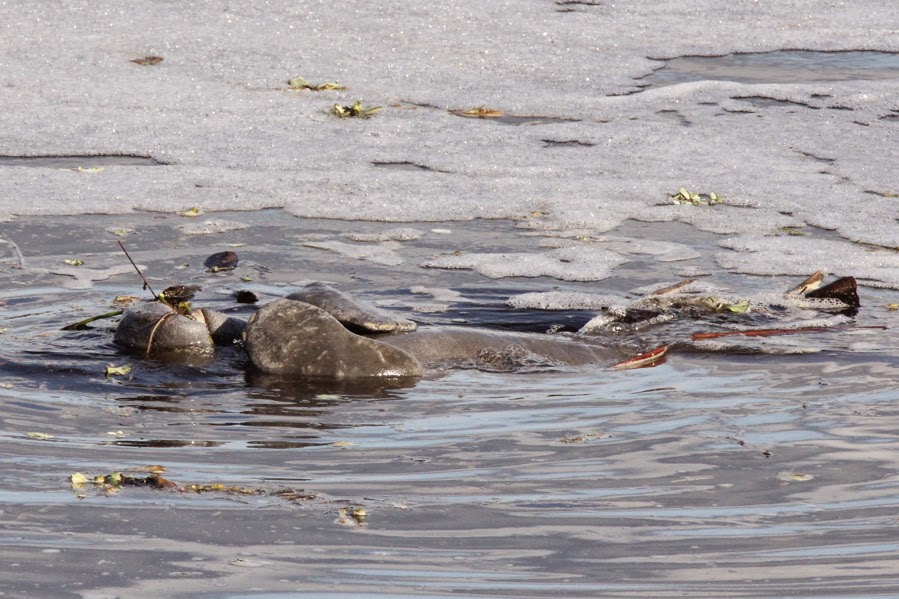 This is the weird one. I thought it was 2 manatees at first, but if you click to enlarge, you can see that it's one manatee, lying on her back just playing with her food!

The manatee watches have been great fun this year. You can look at the pictures here, but it's way more fun to come out and see them in person! Drop me an email if you want to GOYB and really experience a manatee!
Posted by deederange at 10:24 AM No comments: Links to this post