On Being Sugarfree, Frustration, and Mike Doughty

A few months ago a song that I had never heard before came up on Pandora. I vaguely recognized the voice, but a line from the song caught my attention:

"I resent the way you make me like myself"

I thought it was the greatest line ever, and I ran to iTunes and downloaded the song. It was by Mike Doughty, who it turns out, used to be the lead singer for Soul Coughing which is why I recognized the voice. I have been rapidly accumulating his stuff and have come to realize he is probably in my top 5 favorite song writers now.

So what does this have to do with motivation?

Well, about the same time I discovered Mike Doughty, I was getting a bit discouraged in the gym. For well over a year now I've been working out 5 days a week, and leading hikes and other events on weekends. Although I have stated many times this blog isn't about losing weight, it's about getting out and enjoying life, it still frosts my shorts that the number on the scale has not moved in the past year. So, my trainer thought it might kick start my metabolism to go sugar free for 21 days. She threw down the gauntlet, I accepted the challenge.

Surprisingly, it wasn't as hard physically as I was expecting. Mentally though -- I pretty much thought about the fact that I wasn't eating sugar every waking moment, and in most sleeping moments as well. I had crazy dreams - I had one that I was eating cake out of a garbage can, and that was just one of the ones that I can talk about publicly, they got worse, trust me.  Anyway, I not only lasted the 21 days, I lasted 43 days without sugar.

Somewhere into the 3rd or 4th week, a friend asked me how it was going. I told her I was still off sugar, and she made a comment about how much weight I must be losing. "No, actually", I said, "I haven't lost a freaking OUNCE." Ok, technically I said "FUCKING OUNCE" but I try to keep the blog family friendly. I'm not gonna lie, it made me very very angry, like Marvin, except on a roid rage.

"But," she said, "How do you keep going? Aren't you frustrated?"

"Yeah" I said. "But I just have to keep telling myself what I say on the blog -- it's not about a number on the scale, it's about getting out, living life, and just feeling better."

But I have thought a lot about the conversation since then, and especially since I've started eating sugar again. The thing is, I don't really feel all that good. I have arthritis in my knee caps, and the medicine I started taking for it made me feel awful so I stopped taking it. My bones in general are old and creaky from a lifetime of the abuse and strain that morbid obesity puts on them.

But, I do still keep going. I am still at the gym every day. I still do hikes every weekend and just started back doing weekday long walks again. So, back to Margi's question, "How do I keep going?"

I've mentioned here before that I am an atheist, I don't believe in anything. But I do think that through random chance (or, in this case, the data mining program that makes Pandora work) things appear in my life when I need them. There is a Mike Doughty song that I've had on auto repeat for weeks that has the line:

"Feels so wrong, but I need to fake the will to get along"

And I really think that is what is doing it for me these days. I don't have the will, I want to quit, I'm tired of my knees hurting and I feel like crap and some days I just feel like I'm getting nowhere. The trick is to be able to fake that I have the will to get along. I try to keep this blog positive, and feel I have somewhat of a responsibility to my readers to fake having the will. But the cool thing is, if you fake something long enough, it eventually just becomes a part of you. (Hmm, maybe I should try to fake being really really rich:-)

But my points in this very long winded post are:


'Nuff said. I am off to do stuff. If anyone wants to join me, I'm thinking of doing a dusk walk at Goodwin this evening. Hope to see you there.
Posted by deederange at 12:24 PM 2 comments: Links to this post

I completely forgot to post this one on the site, which is a shame, cause for a very short (about a mile) walk, we saw a HUGE diversity of stuff. Check out what you missed if you chose not to GOYB! As always, click to embiggen photos: 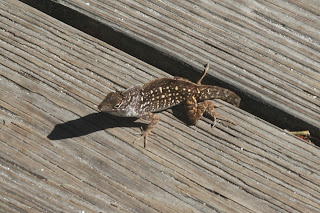 We saw a fence lizard... 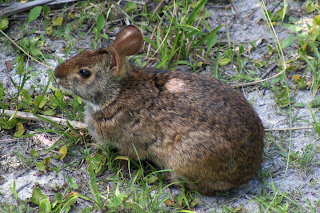 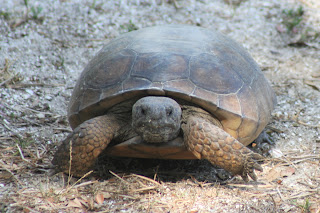 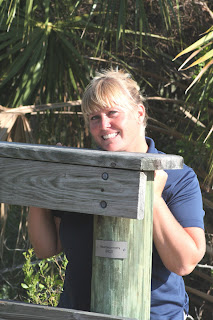 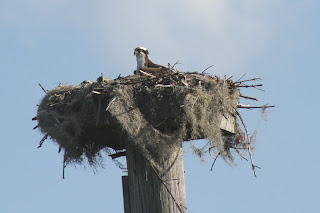 An osprey with babies... 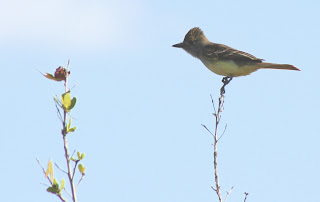 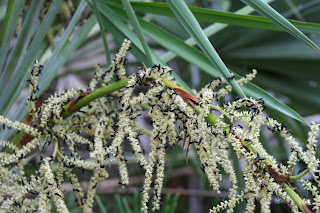 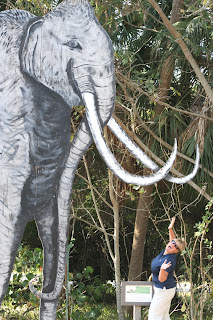 Generally, I try to keep my events as safe as possible although on this trip we were accosted by a mammoth that brutally attacked poor Heather! 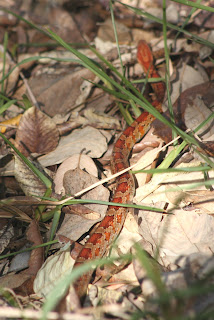 After the mammoth attack, nothing is scary. This was a harmess red rat snake. Very pretty and vibrant as he had just shed his skin.

Hope you can join us on our next event. There's a lot to see and do in this world, but you can't do it from your couch!
Posted by deederange at 12:57 PM No comments: Links to this post