We had a lovely outing today where we were joined by Pat, Bill and Kim. We saw lots of cool birds, duckies seemed to be the specialty of the day. If you didn't GOYB to join us, here's what you missed: 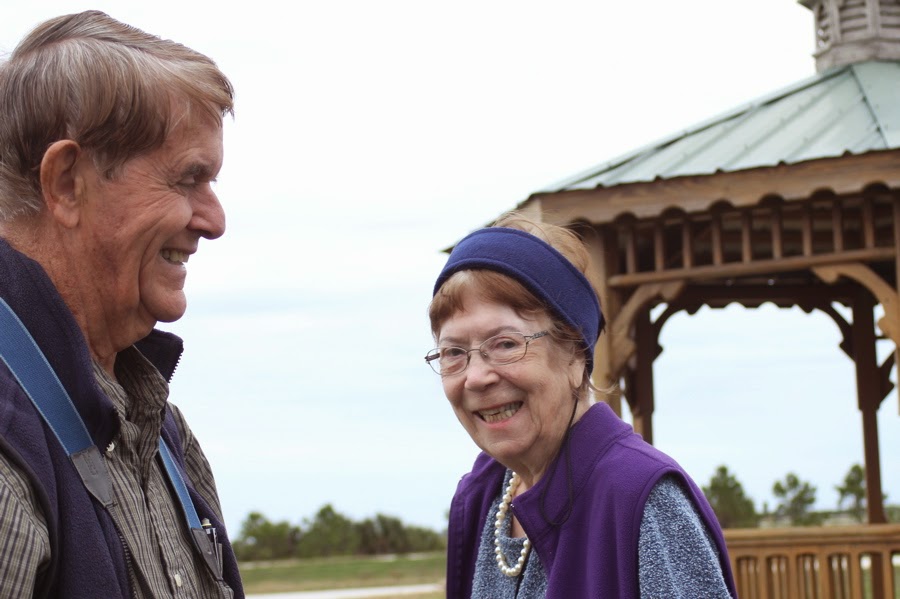 I didn't get hardly any people pictures at all! I hope Pat took some. Here is a really nice one of Pat and Bill though. 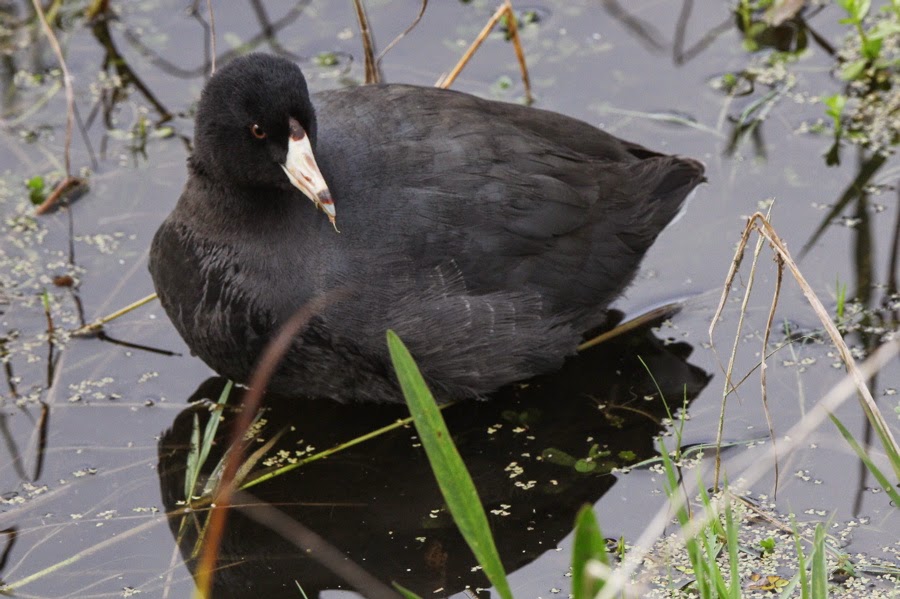 This is a Coot. I can't quite put my finger on it, but this picture reminds me of Barty. I think it's the inky blackness. 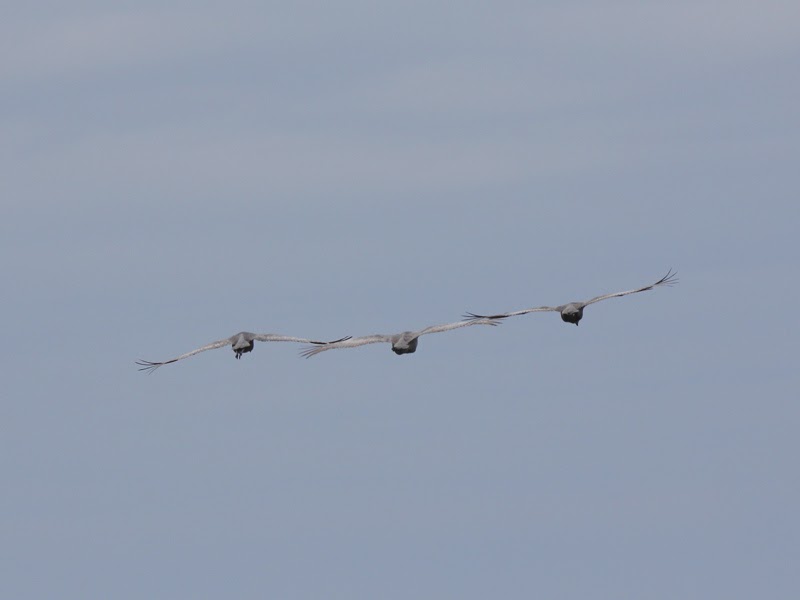 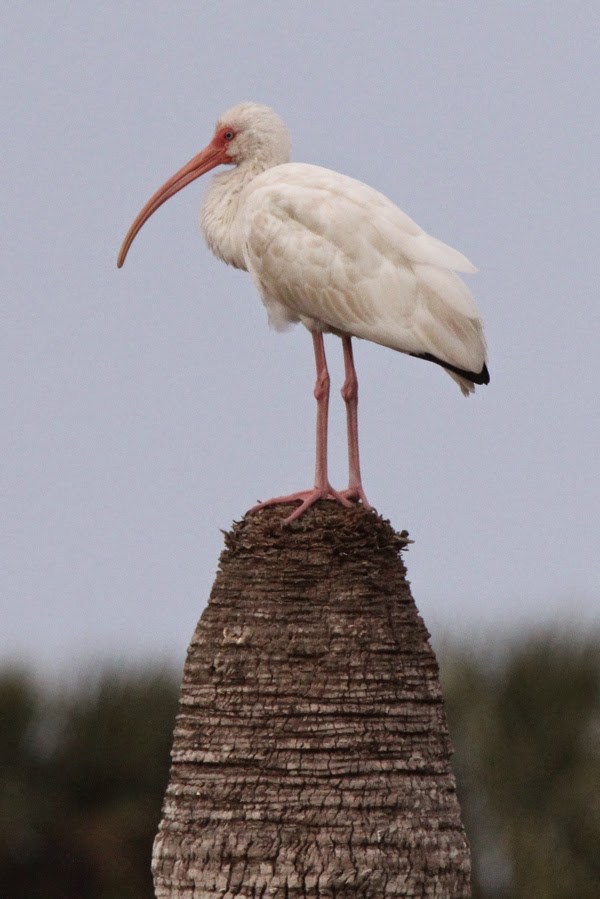 It wouldn't be the Viera Wetlands without an Ibis striking a pose. 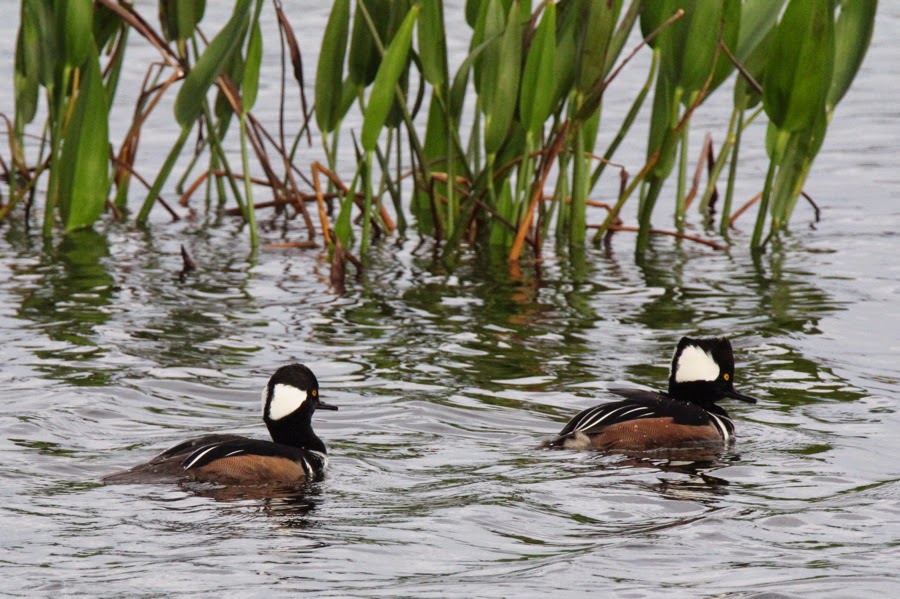 Two male Hooded Mergansers. I've seen these a million times, but didn't realize till I got home that I had never added them to my life list! They are officially number 295 on my photographic life list. 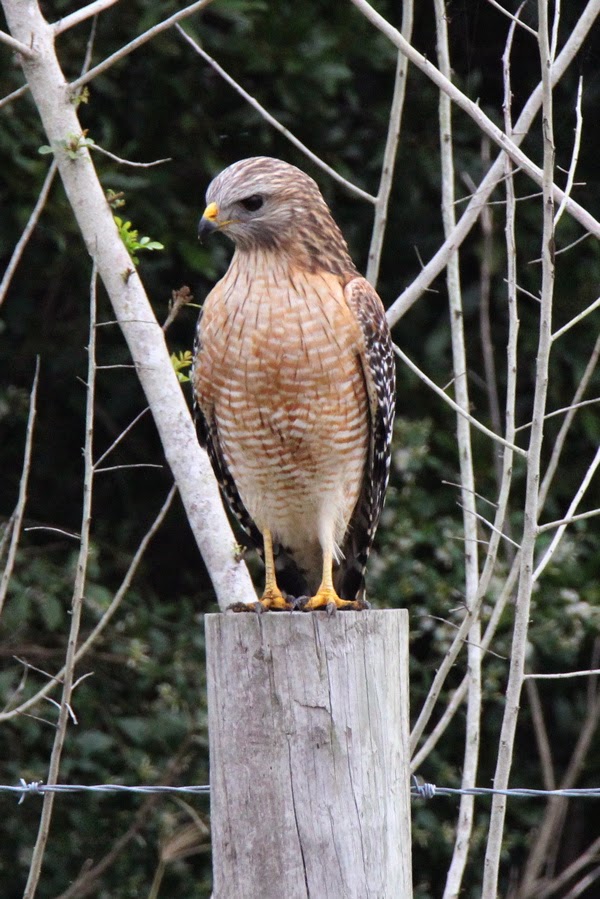 This guy was sitting on a post. EVERYONE was taking his picture, and I swear, he knew it. I could hear him saying, "Shoot my right profile dahling..." 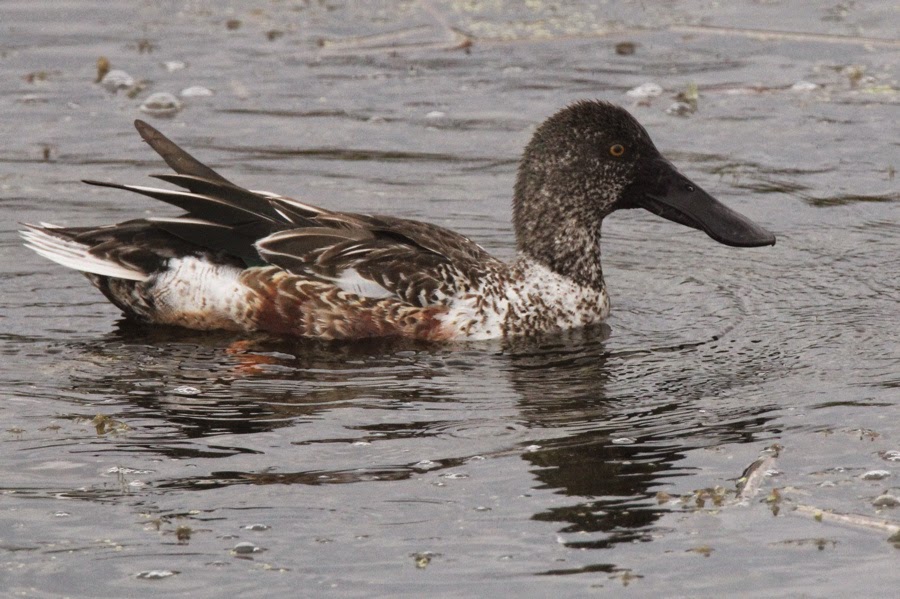 Northern Shovelers. Probably my favorite ducky for many reasons. Mostly because the live up to their name, their beak is like a shovel. 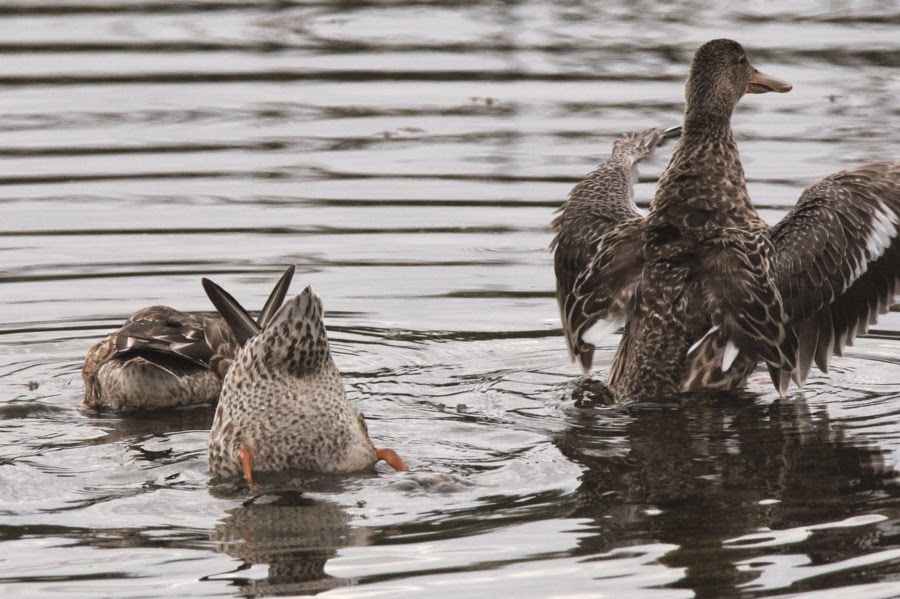 This is one of those stories that tells a story. "Look at me! Look at me!"
"Oh man, Steve's been drinking again... Let's just hide and pretend he's not with us..." 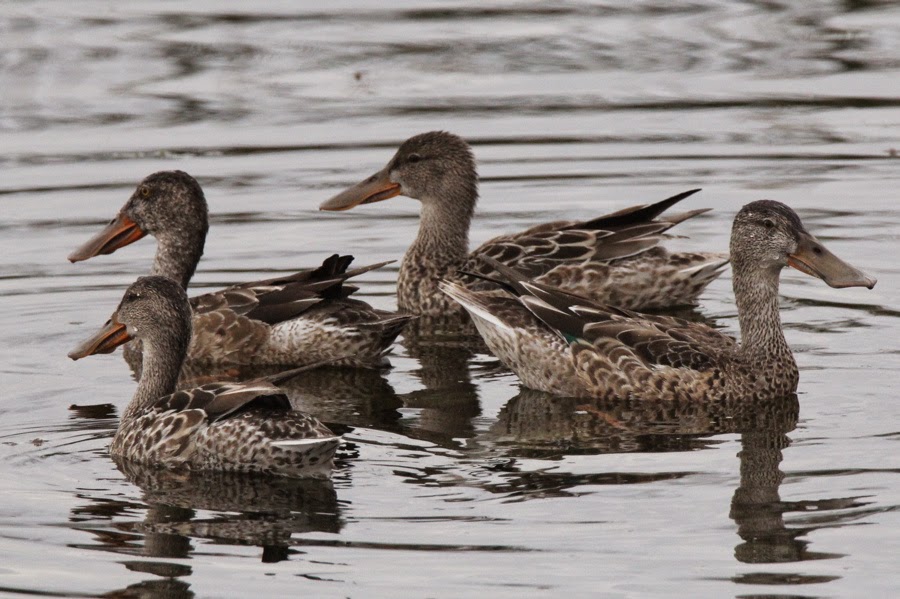 The female shovelers make me laugh. They remind me of those stupid actresses who get their lips plumped up to look like bee sting victims. Except it looks good on the ducks, on people they just look like idiots. 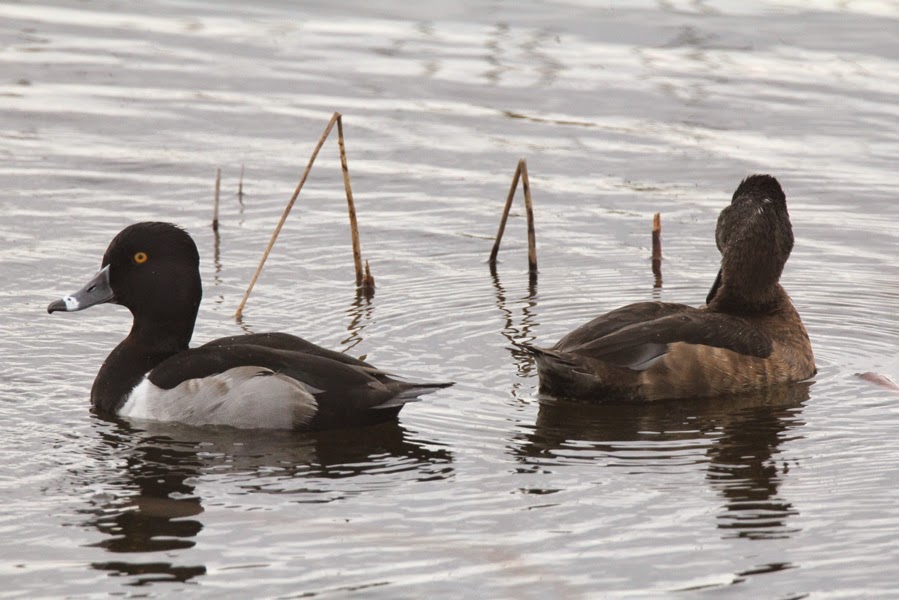 Ring neck ducks. Another story....
"I don't want to talk about it." 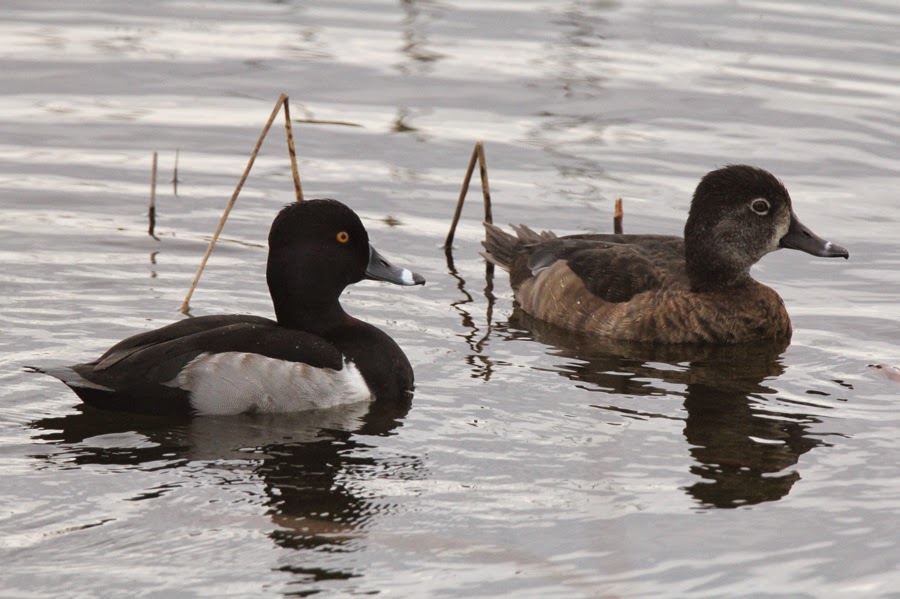 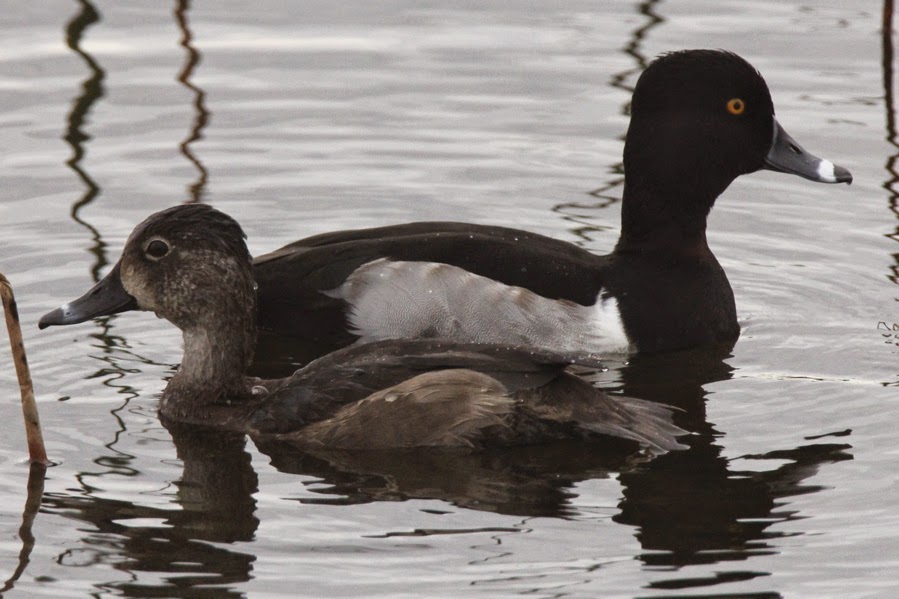 "Alas, we are just two ships who are passing in the night..." 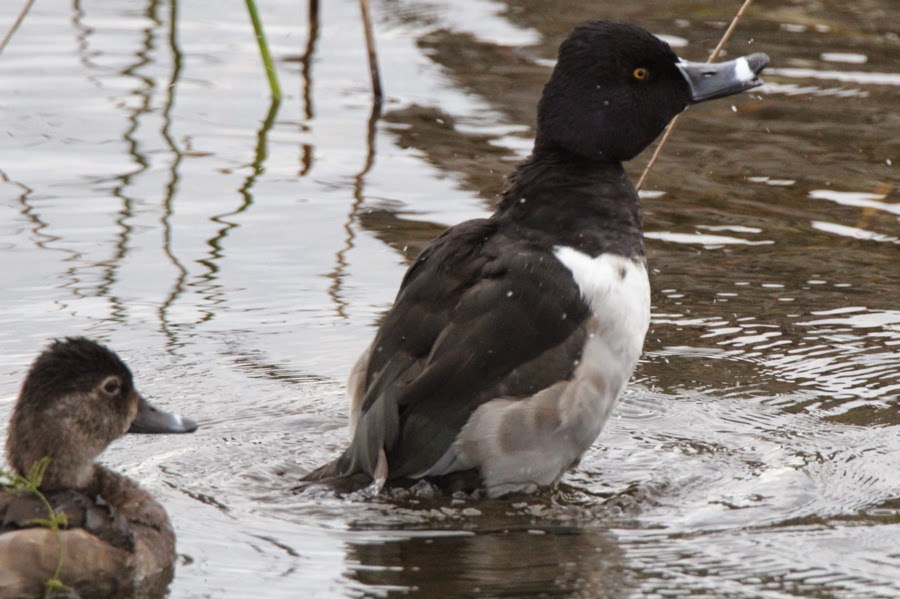 It was a great day out in the wetlands! Be sure to come out and join us one of these days for exercise, birds and most likely silliness!
Posted by deederange at 9:38 AM No comments: Links to this post

We started off the day by chasing a Says Phoebe down south of here. David saw it, but I did not, but I got a few other shots. They I did the weekly Sunday manatee survey. Here's what you missed if you didn't GOYB: 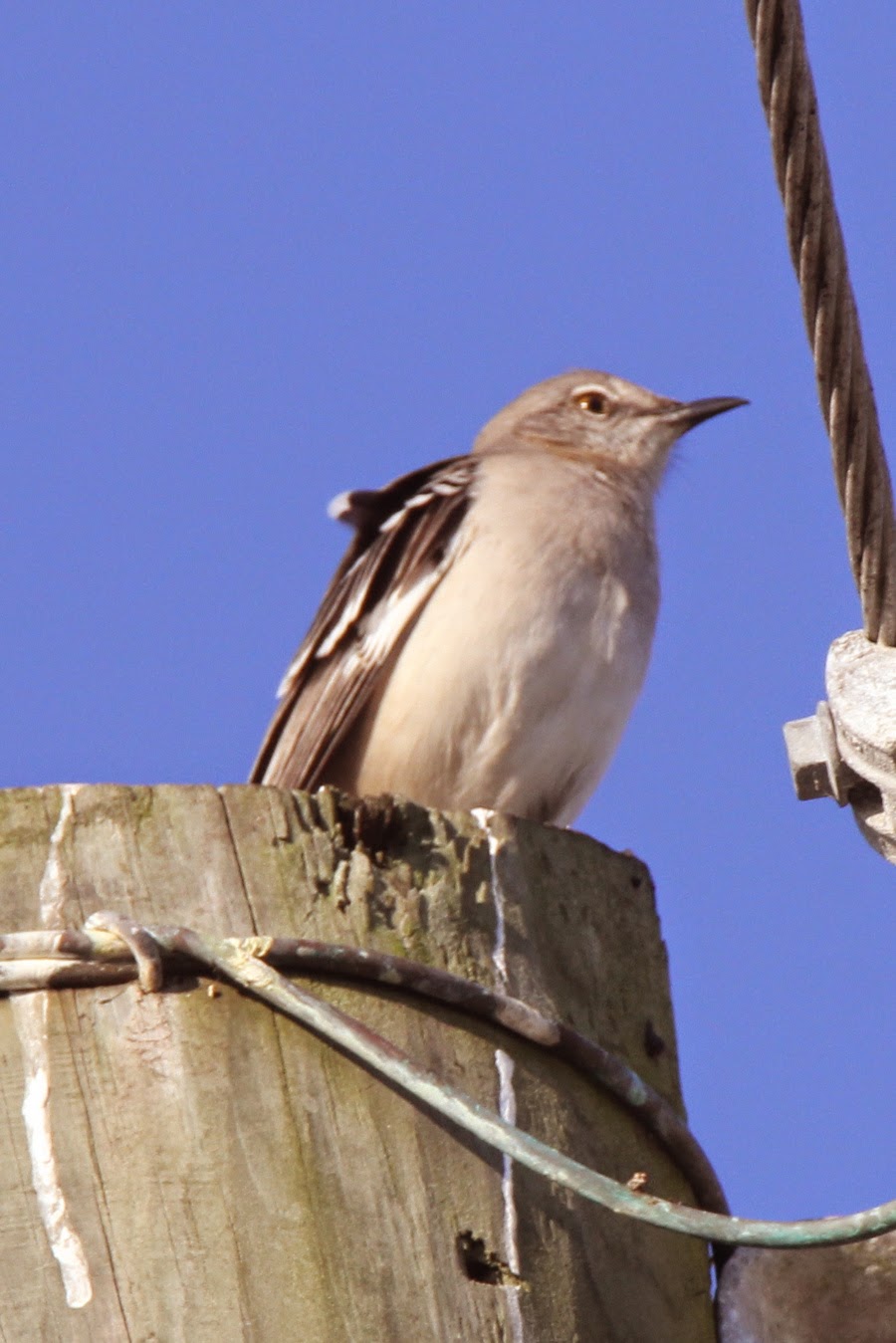 This is a mockingbird who posed nice. 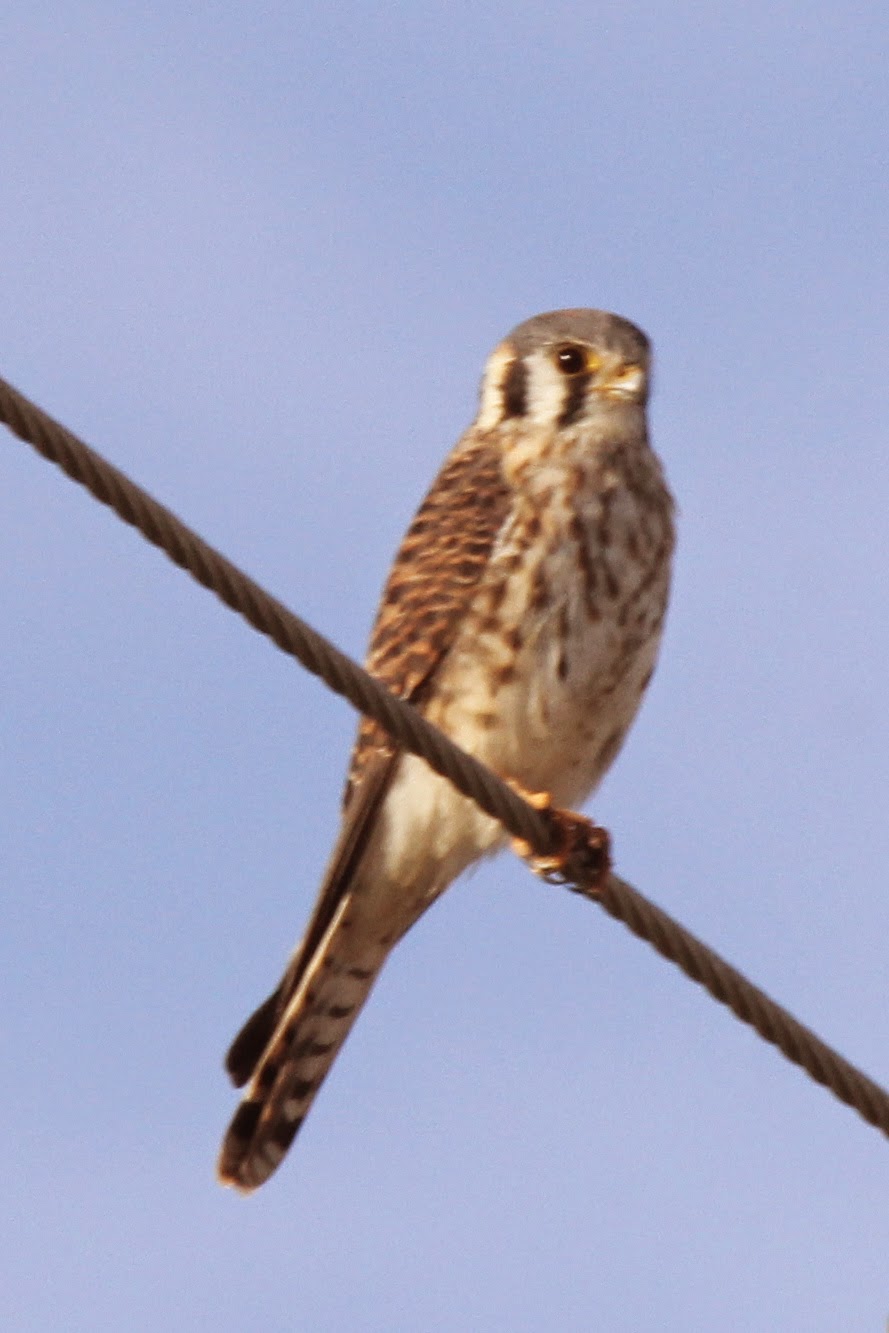 A Kestrel who also posed nice for me. 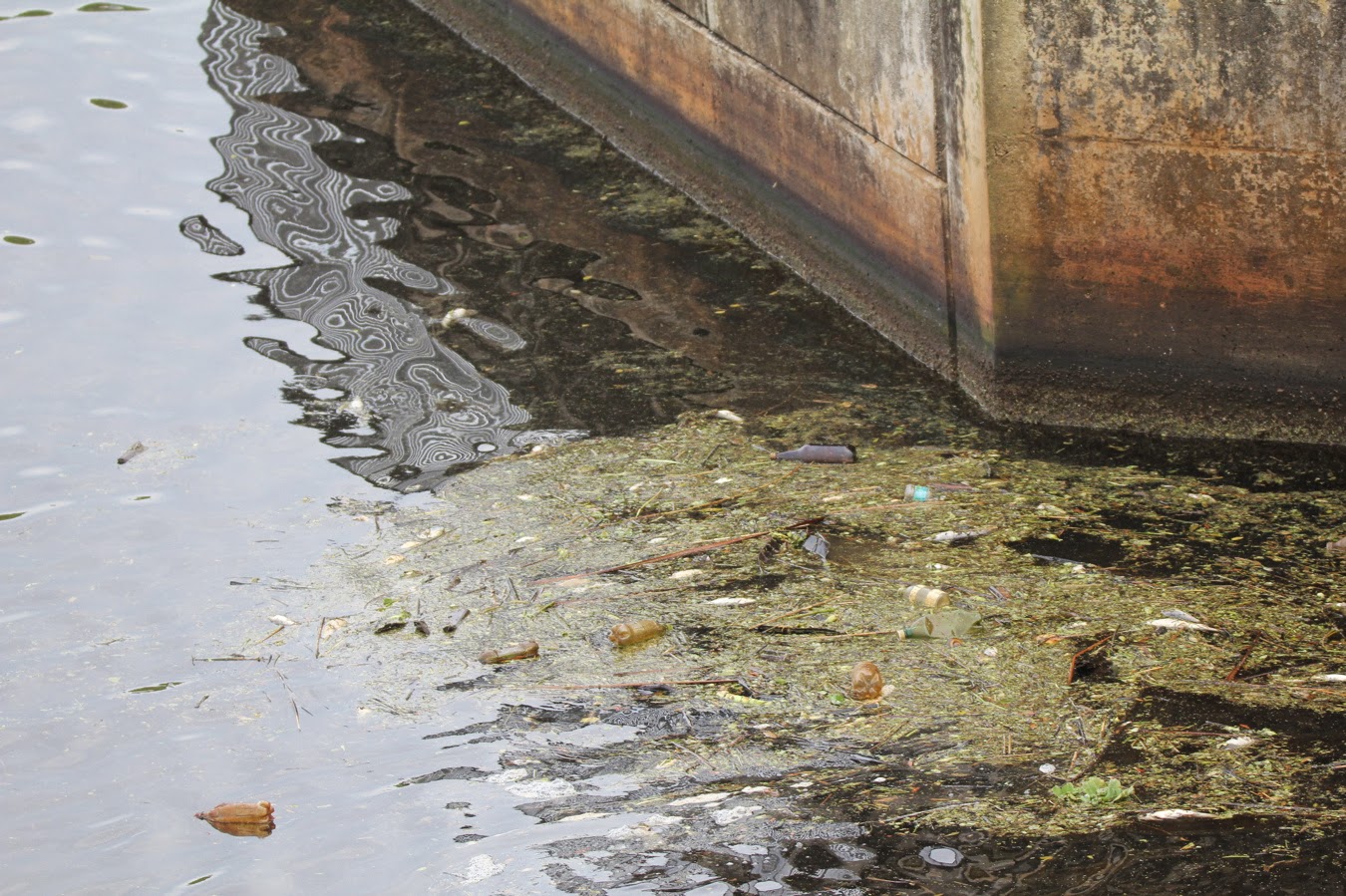 Manatee watch was so disturbing. So much trash coming over the spillway. Who the hell thinks it's ok to litter? 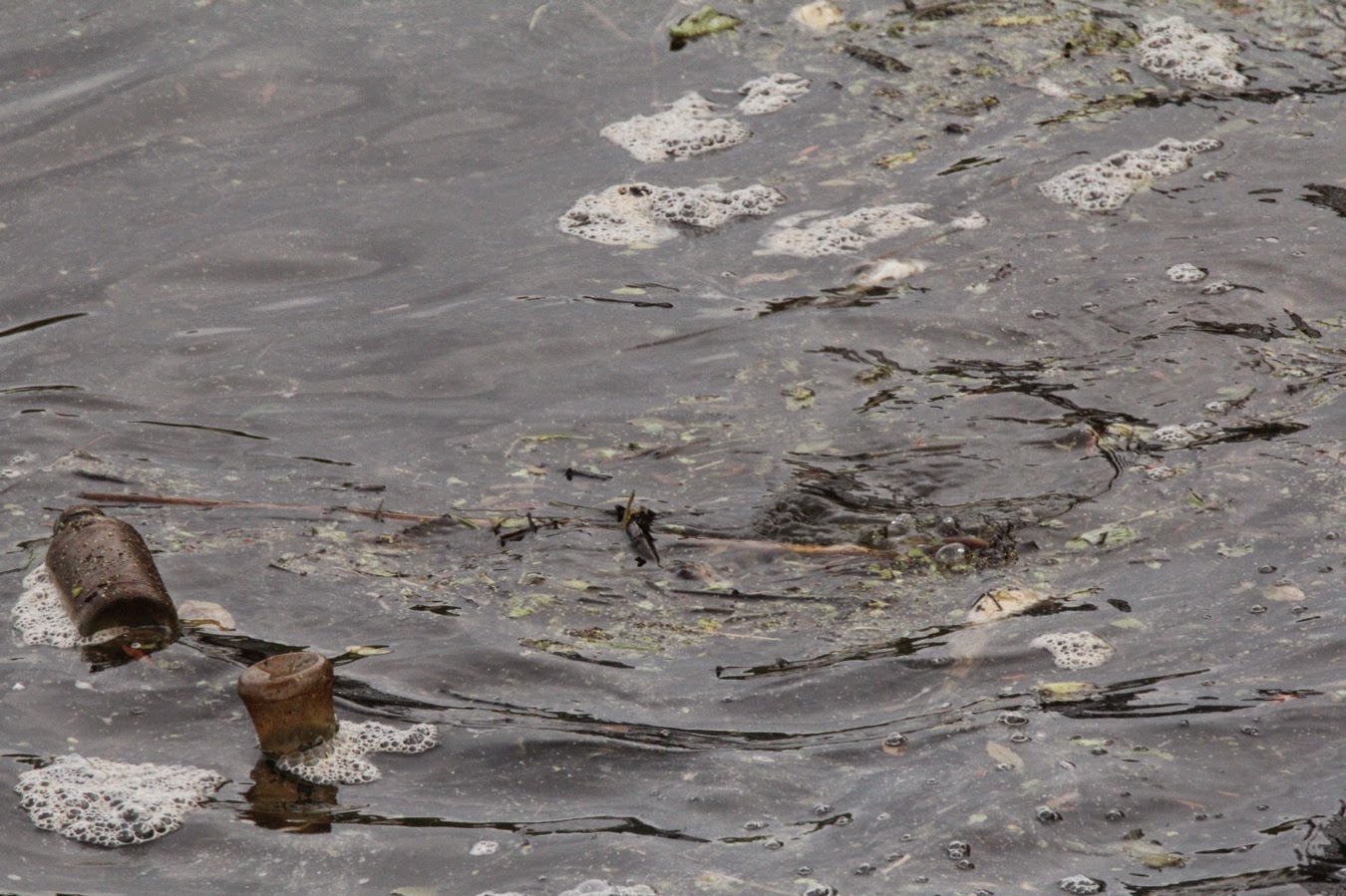 A manatee coming up amongst bottles. We desperately need a bottle bill in Florida. If anyone knows who I can contact about rattling some cages on the subject, please email me. 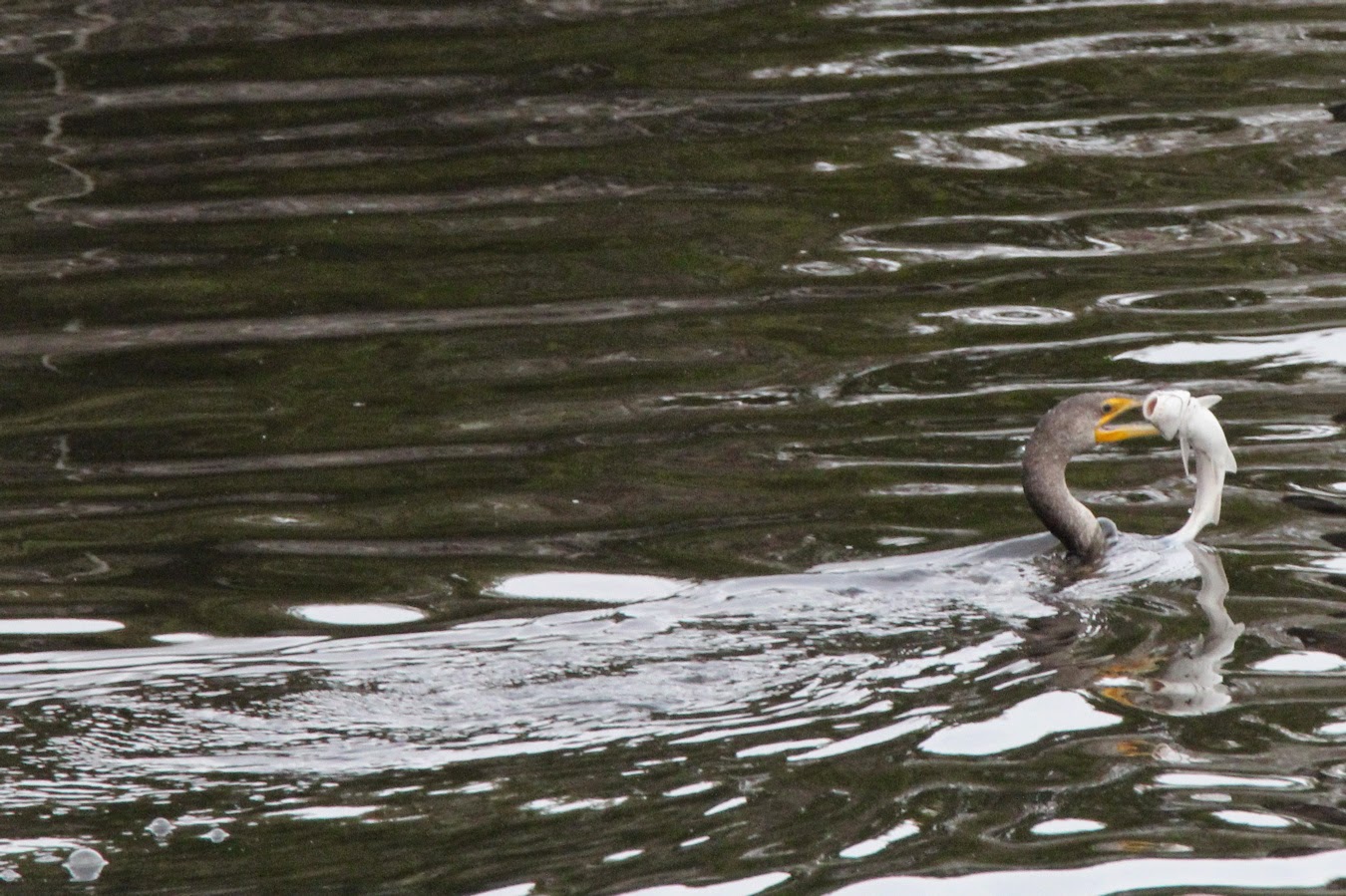 In better news, here is a cormorant kissing a catfish... 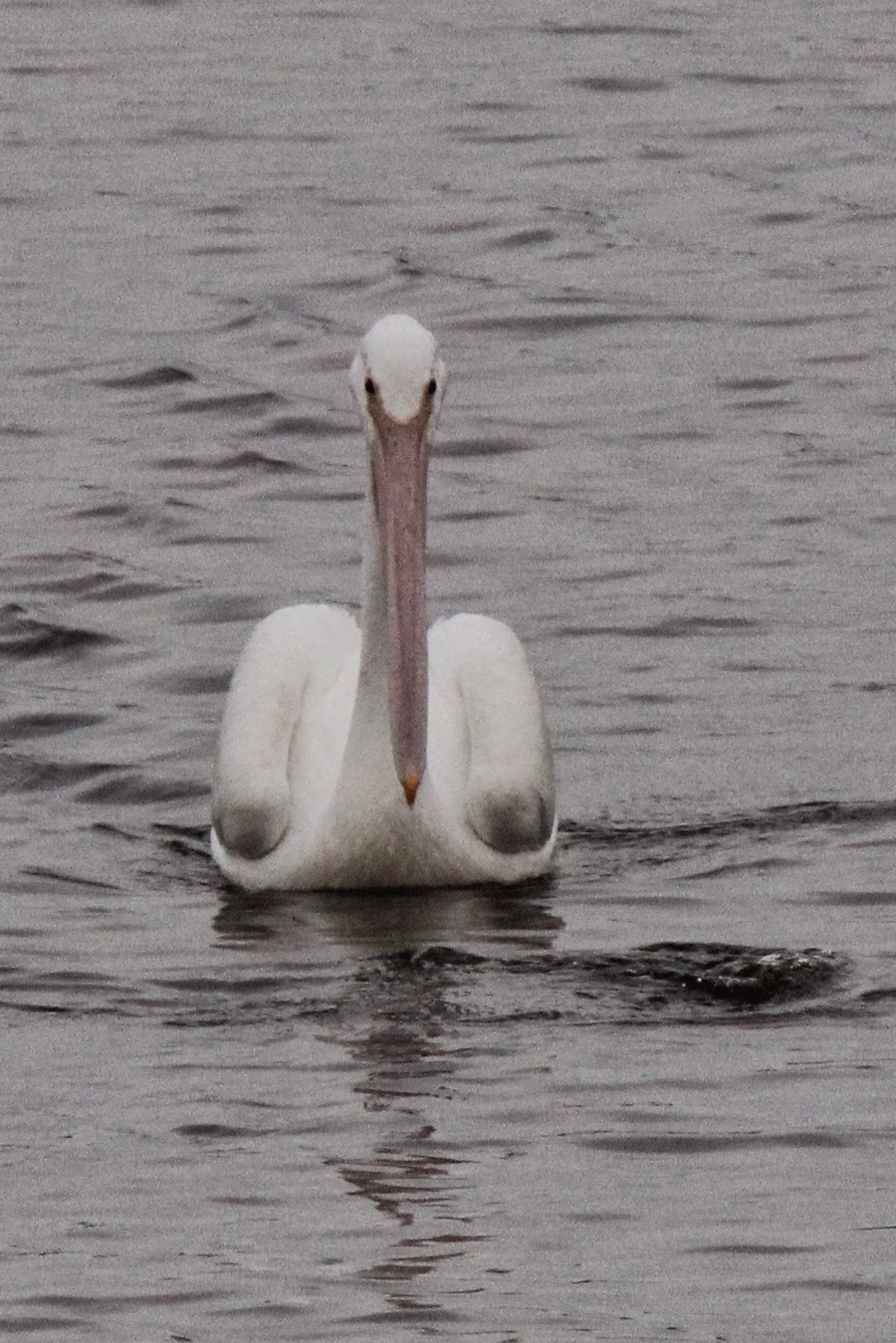 The pelican looks angry, not sure if upset about the trash or the interspecies kissing. 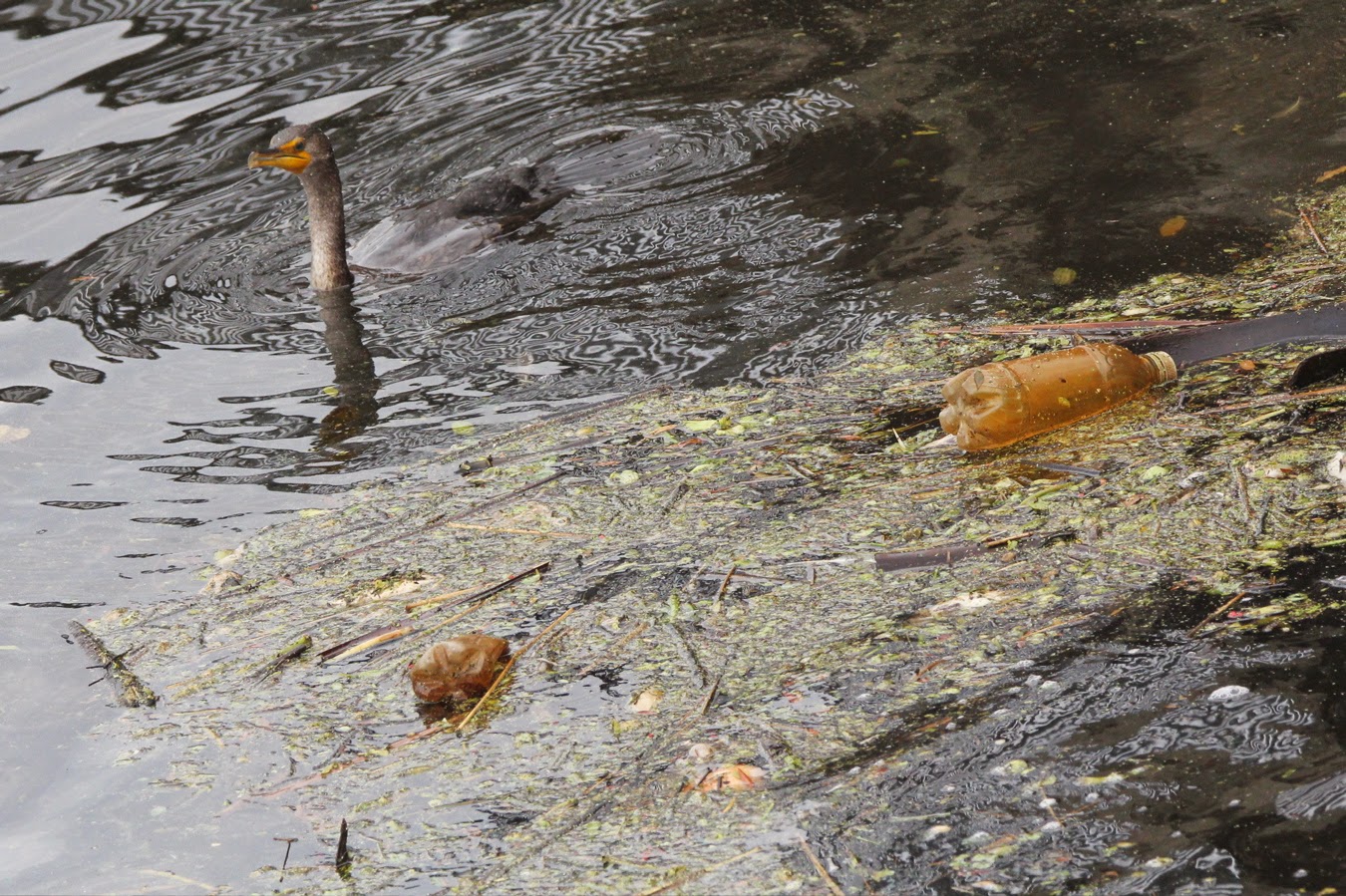 This cormorant was trying to fish in the middle of all this trash. 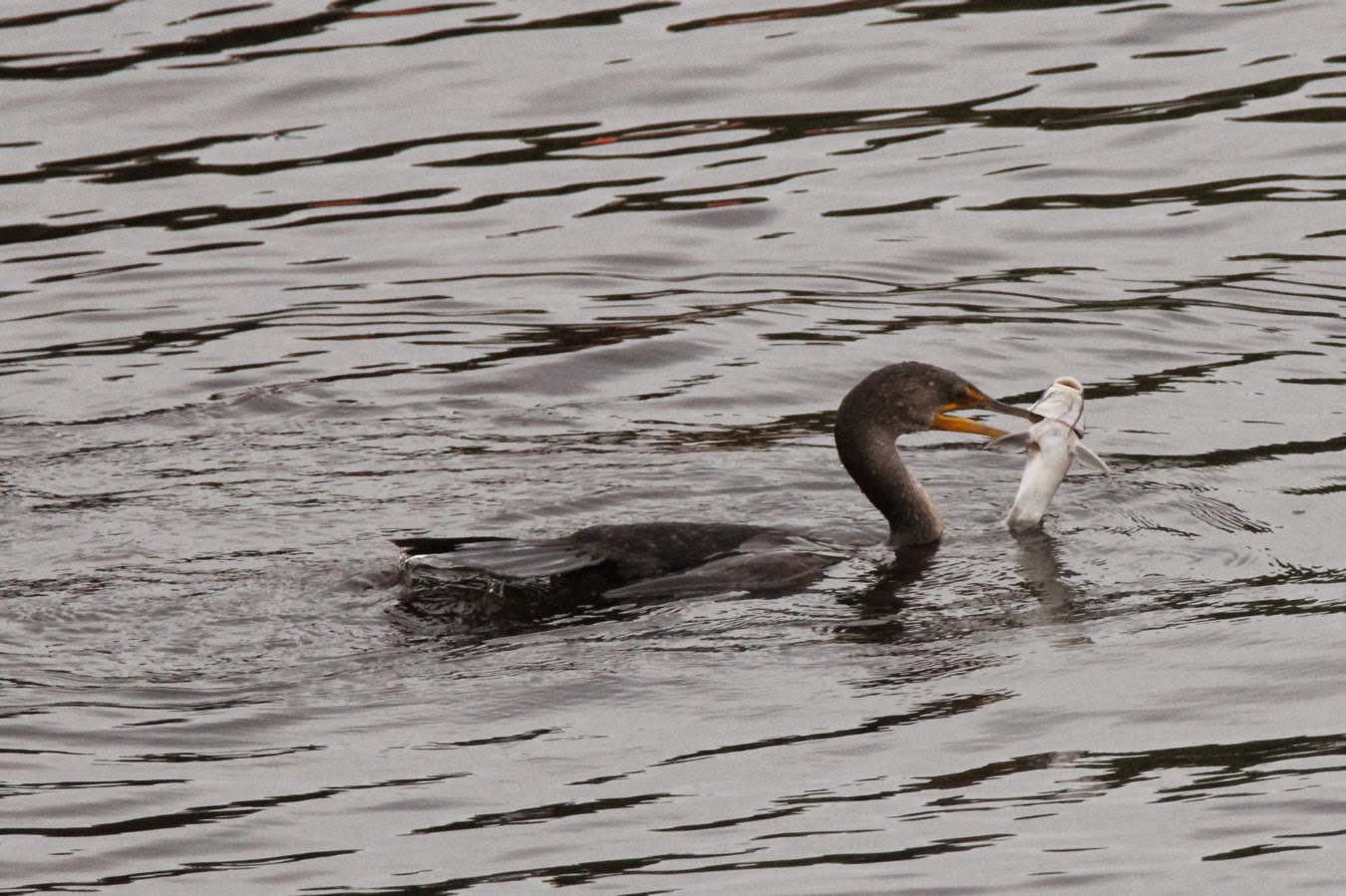 Here, a different cormorant gives a catfish a happy ride.

Ok, so not all manatee watches are happy, but still, I think it was Mrs Garrett who said "You take the good, you take the bad..." But you can't take anything at all if you don't GOYB and go outside! Join us for a hike or a manatee watch soon.
Posted by deederange at 9:28 AM No comments: Links to this post