Last year, Heather and I were really getting into doing bike rides out at Goodwin, right up until the day the deer flies came back. I blocked that memory out of my head until this week. We only got 5 miles in today, mostly because Heather was sick of hearing me whine about the danged deer flies. Strange thing was, I was getting bit over and over, and she did not get bit once. I guess I am just tastier or sweeter or maybe the deer flies just don't have very good taste. At any rate, up until I got attacked, we had a fantastic walk with a brand new life critter this week! If you didn't GOYB and join us, read on for the insanely cool things that you missed! 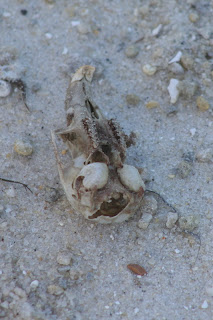 We found this skull. We were not entirely sure what it was, I think we narrowed it down to a rodent of some ilk. There were still some ants doing their job still, so it must have met its demise fairly recently. 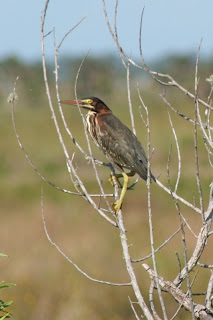 A green heron sitting in  a tree. He was quite the little poser, I love it when the birds indulge my inner wanna be photographer. 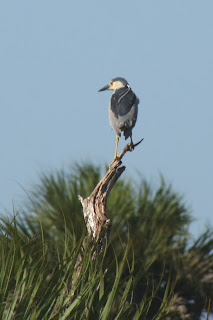 A black-crown night heron. This is another bird that seems to be having a banner year. Not sure if it's cause we have been walking later at night or if there really are more of them, but I have seen them almost every time we have been out to Goodwin this year. Strange but neat looking bird. 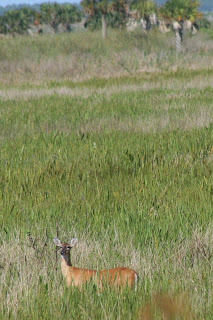 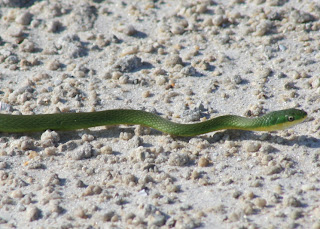 This was a new critter for both of us. It is a green rough snake, and one of the prettiest snakes I've ever seen. The color just doesn't do it justice. 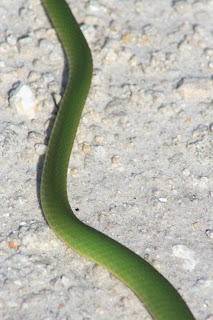 Have you ever been somewhere, a party maybe, where you walk in and feel so out of place, like you don't belong? This snake looked like he belonged at Goodwin. He looked like his mom and dad painted him to match his surroundings at dusk. 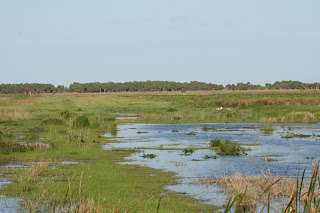 Notice the greens and yellows, remind you of anyone we know? 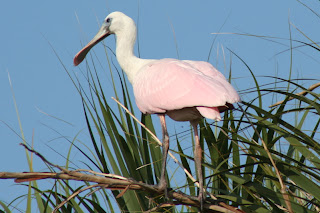 This was something I don't think I've ever seen before, or if I did I didn't realize it. It's an immature roseate spoonbill. I know you are, but what am I? 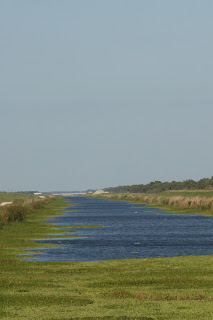 I generally don't take a lot of landscape shots, but it was just so pretty out there tonight. The colors were just breathtaking. It was totally worth all of the deer fly bites! 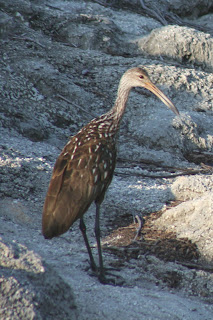 The last thing we saw were a few limpkin hanging out looking quite picturesque.

It was yet another awesome night out in the wild with Heather. As always, so much to see and do, and so close to home. And, as always, you can see pictures on the internet, but you will never ever experience anything like this for real unless you GOYB and join us out there!
Posted by deederange at 8:17 PM No comments: Links to this post