I got out to see Lave Okechobee this weekend. HCF David and I braved the cold and wind and were rewarded with some nice looks at ospreys. If you didn't GOYB and join us, here's what you missed: 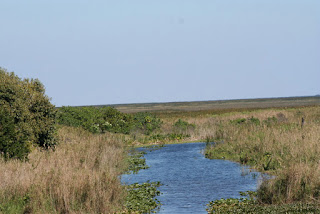 Poor David. While I have the never ending thrill of staring at a computer 10 hours a day, he is forced to be outside and look at stuff like this while he works. The poor, poor boy, I don't know how he survives this torture. 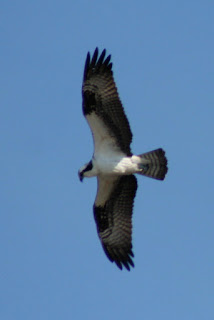 Ok, enough sarcasm, here is an awesome picture of an osprey. 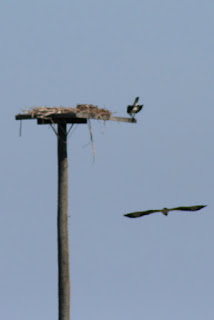 
Anyway, I didn't get a lot of pictures this week, but it was still pretty awesome to get out. Make sure you keep an eye on upcoming events. We will be joining Space Coast Audubon for a trip to Lake Apopka, we will be doing a road trip to Devils Millhopper, and much more. Remember, doing something is always better than doing nothing, so you might as well do stuff with us!
Posted by deederange at 10:29 PM No comments: Links to this post