We did 3 very hot miles on a1a tonight. We found this weird tree. Don't know what the fruit is but it looks like pineapple. 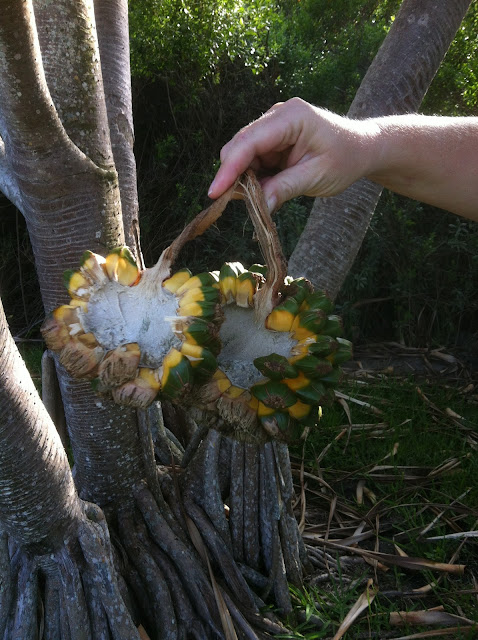 Posted by deederange at 9:12 PM No comments: Links to this post

It was an insanely hot day, but well worth it. I got a walk in (about 2 miles) and go to see a parade, which is always fun. The only downside to the parade was the candidates. I made a vow that I will not vote for any candidate who served no purpose other than to delay floats that people actually put effort into (I'm looking at YOU sheriff candidate McMullen). But other than that, the parade was fun. If you didn't GOYB, here's what you missed: (click on picture to enlarge) 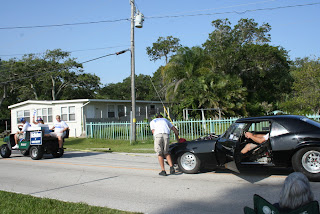 It's not nice to laugh at the misfortunes of others, but it was a candidate, so it's cool. If you can't catch what's going on, the car is being towed by the little tractor. 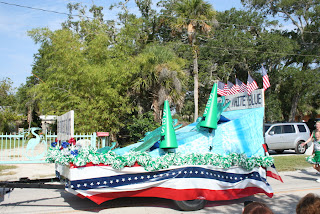 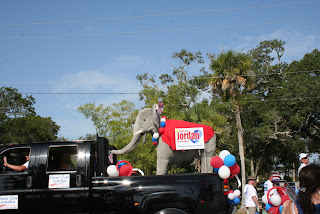 Someone got run over by one of the parade floats. When I mentioned the accident to a friend, she asked if they were dressed like a peanut. I had to take this picture for her. 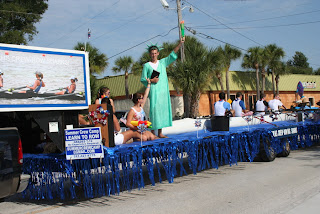 I suspect that this kid works at Liberty Tax Services when he's not in the parade. 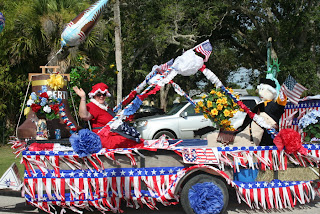 This was a really cute float. I liked the ones that look like people put effort into, including this one. 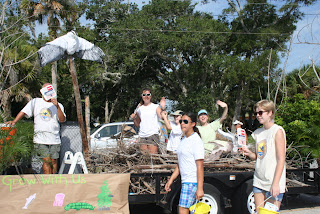 Very proud, PIPS chose to use my osprey puppet to grace their float. And it won first prize! Go PIPS! 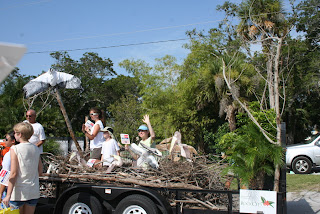 Another shot of the PIPS float. 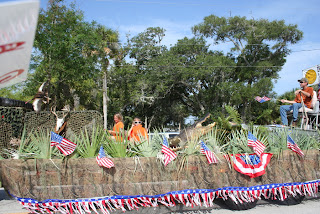 As anyone who has birded with me knows, I am not a fan of airboats. That said, the airboat club put a huge amount of work into their float and it was soo very cool. This isn't a great picture, but there are all kinds of critters and stuff in the grass. 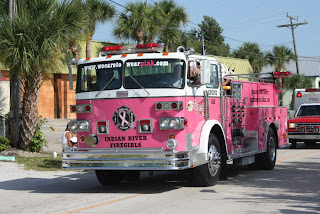 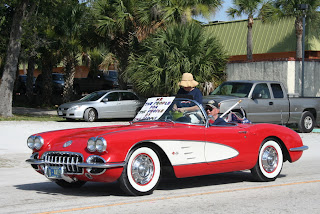 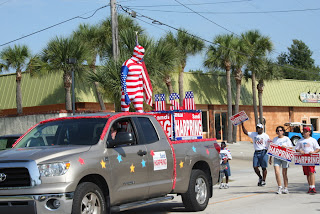 Does anyone watch Community? This guy had a bizarre costume on that was WAY too close to the Greendale Human Being. Really freakish. Did not make me want to vote for the candidate, but did make me question their mental stability. 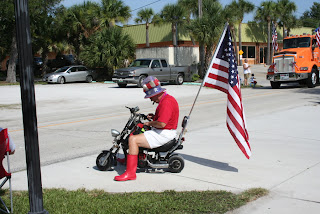 This poor fella ran out of gas right where I was standing. But he got going again! 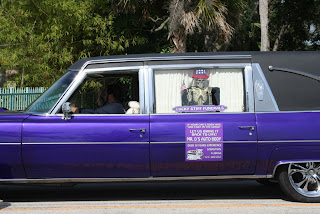 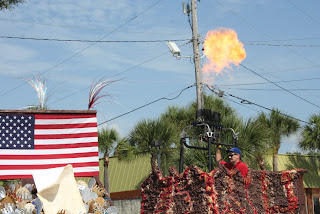 I got to say, this one scared me a bit. But it turns out, that is a volcano, and it's SUPPOSED to be shooting flames. But the first time I saw it i did freak out  at bit!

It was a hot day, but totally awesome. Be sure to join us for upcoming walks and evens; you will never see cool stuff like this from your couch, you  only can experience it if you GOYB!
Posted by deederange at 10:46 PM No comments: Links to this post