Been on vacation too long, losing some steam. Only did a one mile walk today, but ran into some friends along the way: 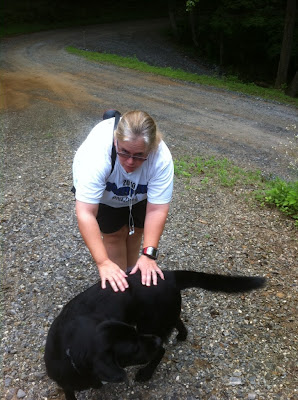 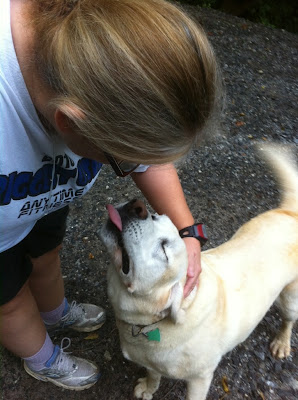 Me and Mac. Mac only had one eye, lost the other to diabetes, poor puppy. 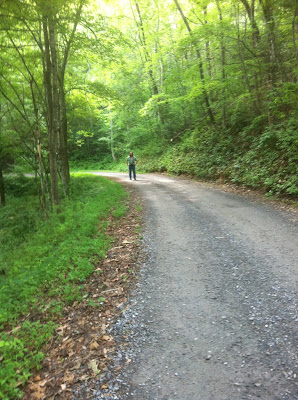 Next walk will probably be the SOS walk this Sunday, details to follow. Remember, you can see puppies on tv, but you sure don't get loved on by large strange doggies sitting at home on your butt! Join us for a walk, see neat things, meet strange dogs :-)
Posted by deederange at 12:29 PM No comments: Links to this post 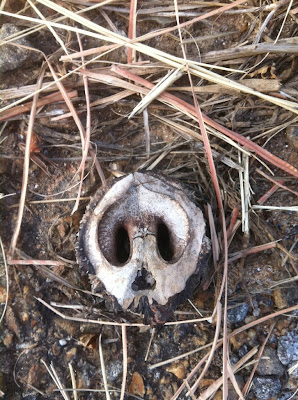 A black chestnut that looked exactly like a barn owl. 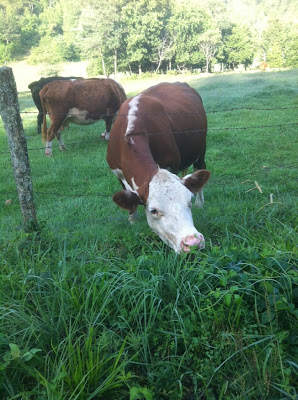 Some moo cows who said "hello". Well, technically, they said, "MOOOOOOOOO" but I think that means hello.
Posted by deederange at 12:16 PM No comments: Links to this post

Being on vacation does not mean slacking off. I have walked everyday I've been here (today I did 3 miles) and Alison sent me some boot camp workouts to do to make sure I don't get flabby(er). Today I did: 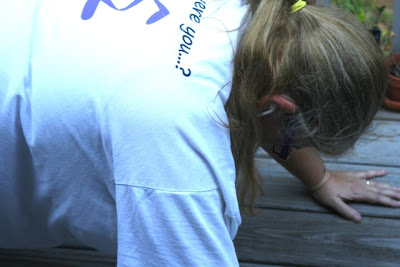 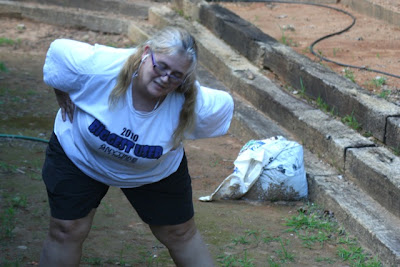 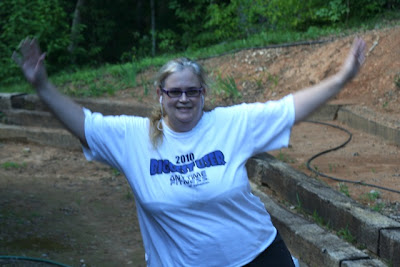 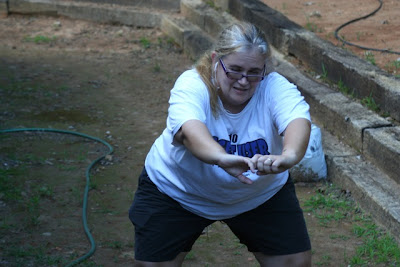 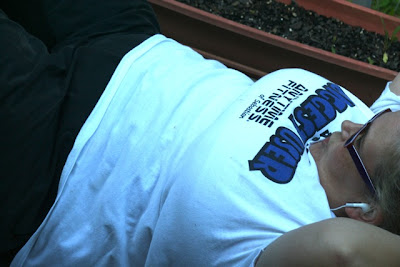 100 crunches. Obviously, this picture was taken by David.

2 more boot camp workouts to go, 9 more miles to walk. It's a 3 mile round trip down the mountain on which my inlaws live and back. That was terrible grammar, but at least I'm walking 3 miles a day! Woo-hoo!

Make sure you follow the sites, we have some fun walks and other stuff coming up, hope to see you there!
Posted by deederange at 9:14 PM No comments: Links to this post

Today I found out that SOS walks are just a tad easier in Florida than they are on a mountain in Georgia. But, HFC David and I both survived the six mile trek. If you didn't join us, here's what you missed: I promised David's mom that I would make him wear a hat. He wasn't happy about it. 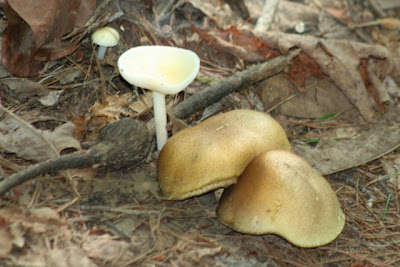 The cool thing about this trail was all the mushrooms, not just the numbers, but the incredible variety. 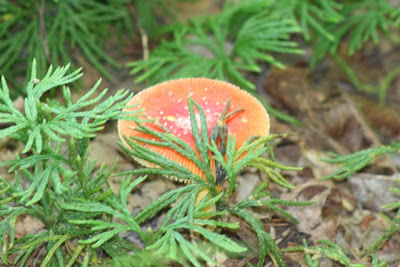 This just looked like an elf or something should live in it. 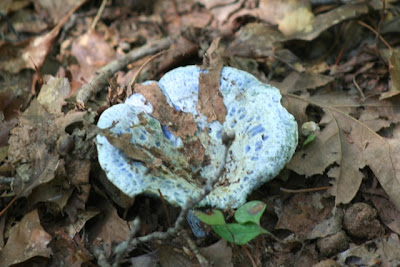 I don't think I've ever seen a blue mushroom before. 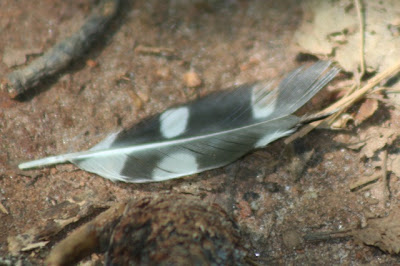 This is a feather from a broadwinged hawk. I didn't know they had spots. 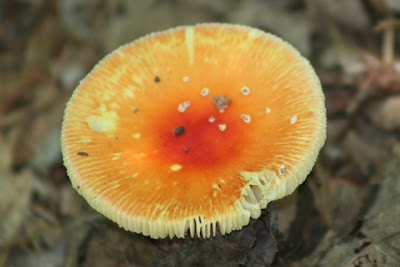 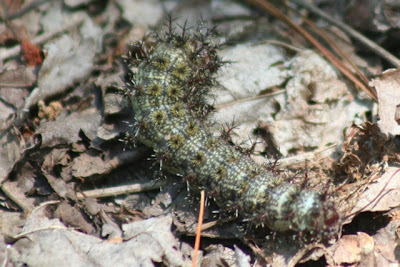 A neat caterpillar.  Between the shrooms and the caterpillar, I was starting to feel like I was in a Jefferson Airplane song. 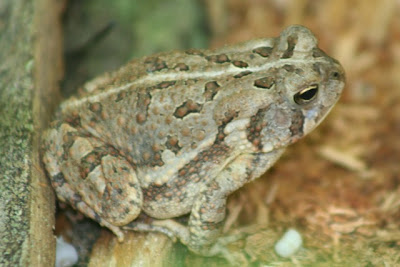 This was a life critter for both HFC David and I, but I don't remember what he was. 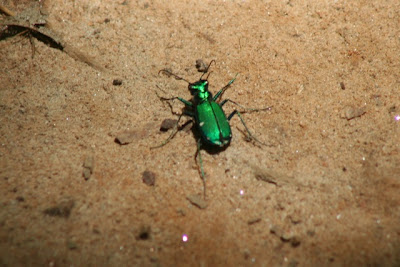 This was a really neat, iridescent green beetle of some kind.

This was not one of our easier SOS walks, but it was a blast, and we saw lots of new things that I never would have been able to experience from my couch! Join us on a future walk if you want to start seeing cool stuff too!
Posted by deederange at 8:58 PM No comments: Links to this post